So far, 5 million doses have been administered to over 4.6 million people across the United Kingdom –meaning we are leading the world as we ramp up our vaccination programme. I am very pleased that together in Cheshire and Merseyside, over 200,000 have been vaccinated and we are on track.

There has been a huge amount of discussion about the right way to help children on free school meals in the holidays, with some people asking for vouchers in the holidays. I want to share a video that  does a much better job than I ever could of explaining why I think holiday activity clubs are a much better idea than just vouchers. Watch it below.

This week I also want to share some positive feedback about local school Leighton Academy. There has been so much debate about what schools and teachers should and shouldn't be doing, what the government should and shouldn't be asking them to do, who is doing enough to help who. But whatever your views I know people are hugely grateful to the hard work and efforts of teachers and school staff to help their children and families.

Last summer I was approached by local Nantwich teenager, Alex Donlon, who wants a proper skatepark on the Barony. I am backing Alex and have asked Cheshire East to meet with him and others to discuss this issue and hopefully improve the local area.

I am also still running my campaign to secure Leighton Hospital’s place on the Government’s multi-billion-pound hospital building programme. I would encourage everyone who hasn't already to sign my petition and to get behind Leighton!

Finally, the Cheshire Police have declared a major incident standby due to risk of flooding caused by storm Christoph and are working alongside other agencies to prepare. Below, I have provided links to stay up to date and the relevant contact information for those who are impacted by the floods.

Have a good weekend
Kieran

I have had a lot of queries about what is happening with vaccines this week as people notice less happening at our vaccination centres.

I thought people would like to know that vaccines are now being focused on those in care homes, so teams are out vaccinating them.

The first vaccines received were the Pfizer vaccines which are very difficult to store and transport, which is why it was decided to begin the vaccination of people who could come for vaccines.

Now we have had some of the Oxford vaccine which can be more easily taken to care homes it is right we focus on getting the care home residents vaccinated as we know they are at very high risk of coming to harm from catching COVID.

I hope that reassures people that the vaccination programme is still progressing well in Crewe & Nantwich. We may yet have challenges, but I know everyone locally is behind the team and that the local GPs and their staff and volunteers are doing their absolute best!

Cheshire Police have declared a major incident standby due to risk of flooding over the few days and are working alongside other agencies to prepare. This is due to the heavy rainfall that storm Christoph is likely to bring.

Whilst no major incident has been declared yet, it is important to know what to do if one does occur, and to stay up to date with the latest information.

There is currently an active flood alert along the River Weaver in Nantwich, indicating that flooding is a possibility on low-lying land and roads close to the river, as well as at least one flood warning where flooding is expected.

THANKS TO TEACHERS & SCHOOL STAFF

But that doesn't mean I don't know that whatever people's views on what should or shouldn't be happening, there are very many of them that are hugely grateful to the hard work and efforts of teachers and school staff to help their children and families.

I wanted to share this positive feedback from one local school, Leighton Academy which I am sure is replicated across the constituency, feel free to share your thanks and gratitude as well!

"Thank you for all the hard work that has been put into the home learning […] We feel that the support is still there even though we are at home, it’s kept us in a routine as well."

"Just wanted to thank you and the teachers for the excellent communications that we are receiving, yet again, you are all doing an absolutely fab job in what I can only imagine is a very upsetting and challenging time for you all."

"The communication has been fantastic and anyone I’ve had any interaction with have had a smile on their face, nothing is too much trouble."

"I just wanted to say how lucky we are that our children go to such a fantastic school, I have always known this however over the last week you have gone that little bit further! I can't thank you all enough for helping us to home-school our children, our first day today has ran smoothly without any meltdowns or tantrums, from me or the children."

"We know how hard you are all working and it’s very much appreciated in my family and to all the teachers at Leighton academy you truly are amazing."

HELPING CHILDREN IN THE HOLIDAYS 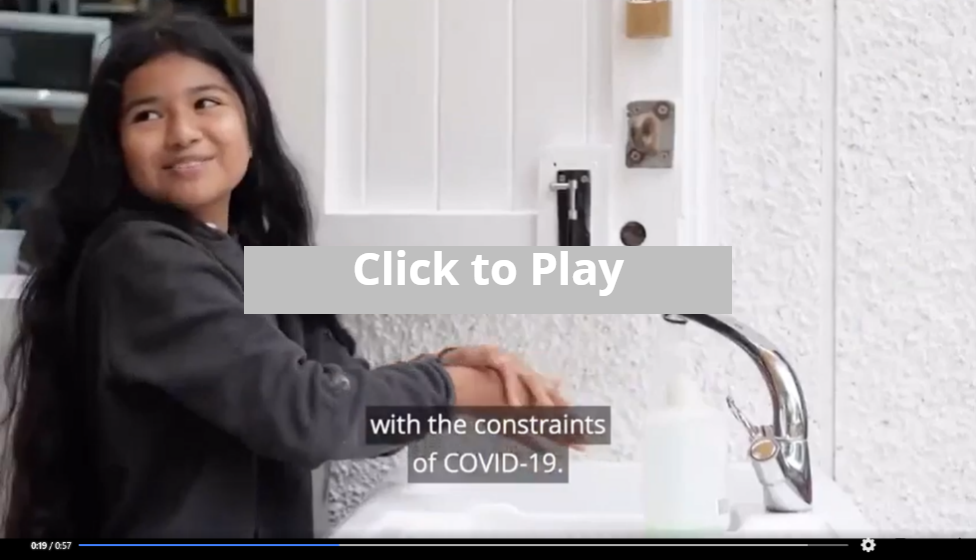 There has been a huge amount of discussion about the right way to help children on free school meals in the holidays, with some people asking for vouchers in the holidays. This video does a much better job than I ever could of explaining why I think holiday activity clubs are a much better idea!

These were piloted last year and now the government is rolling them out with a £220 million funding pot from April. In the meantime, a £170m Covid Winter Grant Scheme to support children and families is there to cover Christmas and February.

This comes on top of increasing the value of the Department for Health and Social Care’s Healthy Start vouchers from £3.10 to £4.25 from April 2021 and £16 million to fund local charities through well-established networks and provide immediate support to front-line food aid charities. 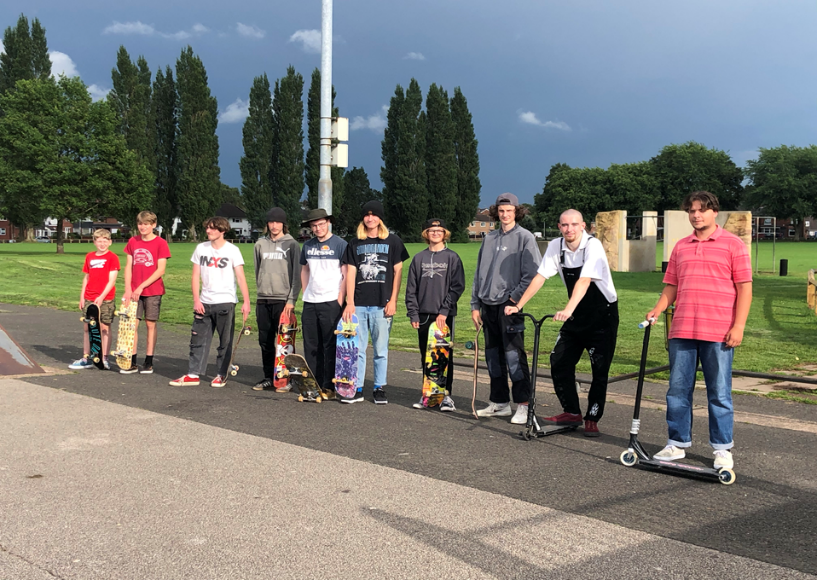 One of the things that is great to see as your MP is young people that want to improve their local area. Last summer I was approached by local Nantwich teenager Alex Donlon who wants a proper skatepark on the Barony.

He was articulate and reasonable, and we met, and he took me through all the skateparks problems. Things have moved quickly with the existing park being sealed off and dismantled and the public in the dark about what is happening.

Alex and all the other young people supporting him (pictured meeting to discuss their campaign before the park got closed, Alex second from left) should be listened to!

I am backing Alex and have asked Cheshire East to meet with him and others. I hope everyone can get behind this!

Alex says "The skatepark was built on waste ground and the surface resembles something more like gravel than smooth concrete. I know people would love to have a smooth surface skate park. Otherwise you just can’t skate properly and with all the cracks in the surface it isn’t safe.”

“And because the ramps are metal ramps with parts all bolted together, they got very hot in the heat and have screws coming out. I am not surprised the Council closed it. Some of the jagged bits of metal jutting up are really sharp.”

“People that go to skateparks are used to cuts and scrapes, but we need to at least have something that is in decent condition.”

“I know lots of people like me actually travel to places like Market Drayton, Leek or Chester. I think it would be good for the town to have somewhere here and we could keep people in the town.”

Let's all get behind Alex and his friends!

Since launching my campaign, I have been able to speak to the PM directly about the ever-increasing demand locally and how much new facilities are needed.

So far, the Leighton Hospital petition has been signed by hundreds of people across Crewe and Nantwich. At this stage every signature counts, so if you haven’t already, please add your signature: https://www.drkieranmullan.org.uk/news/leighton-hospital-new-build-campaign

TRAFFIC REPORT
The following are road closures for the week ahead as reported by Cheshire East.