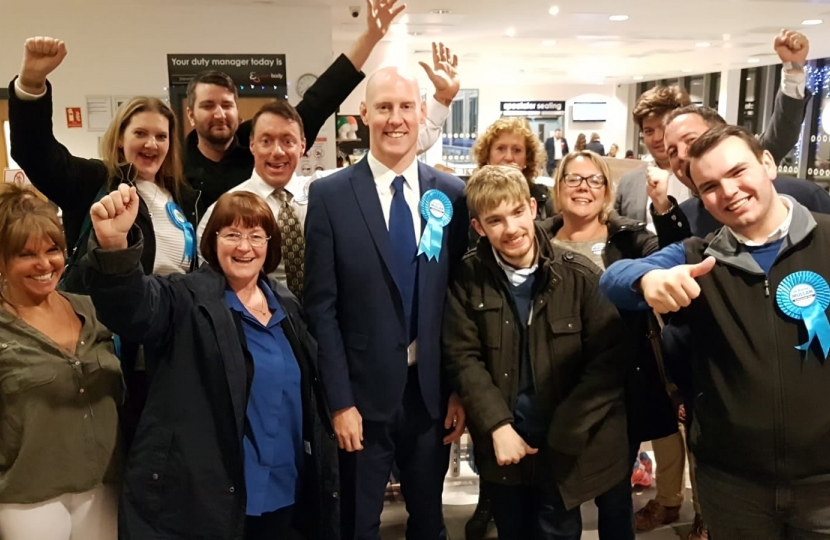 This is the speech I gave, written with the hope I would be lucky enough to win. Thank you to every one that voted and to the amazing volunteers who helped!I mean each and every word, let the hard work start:

I want to begin by thanking the returning officer and all the staff who have worked so hard this evening late into the night, playing their vital role in our democracy.

This word is especially important tonight.

Tonight, democracy has won out.

Not because just because leave voters were determined not to be ignored.

But because their remain voting neighbours, friends and family joined with them, putting aside their personal wishes, voting with them to make sure their vote was respected. We could not have won tonight without people coming together leave or remain, just as they told me they would on the doorstep again and again.

I did not enter politics because of Brexit. But this became about more than Brexit. It was about who was in charge. Tonight people, with their democractic vote, have shown they are.

A huge responsibility now rests with those of us elected to deliver. Not just on Brexit, but on delivering a fairer and more just society supported by world class public services. Many people wanted us to end the Brexit deadlock because they have seen that we have not been able to give these issues the attention they deserve. But importantly we must not pretend achieving this is easy. Life is not that simple. Many people have given us their vote for the first time. We must earn it for a second time.

I want to thank my campaign manager, David, and a fantastic team of hard working volunteers who have worked so tirelessly. My volunteers work away quietly, without a fuss, equally dedicated to wanting a country that works better for everyone, just like the volunteers in all the other parties. Thank you each and every one of you.

I also want to recognise the passion Laura and the other candidates have for this community and the passion their volunteers feel too. The win or lose nature of politics is the harsh reality we all have to live with.

Thank you to the voters of Crewe & Nantwich. Thank you for voting for me and my party, I will do my absolute upmost not to let you down. I know I will not always achieve everything I set out to, but you will be left in no doubt that I have fought tirelessly for you throughout. Thank you.

Welcome to this week’s newsletter!