Welcome to my newsletter with apologies for its late arrival. It was quite the week last week!

As you will know, the Prime Minister announced he was standing down. As I have explained before, he had lost my support some time ago, and with others withdrawing their confidence, it became obvious that he could not remain. I will always remain grateful to him for ending the deadlock over Brexit and stopping a second referendum. I think that really could have led to dark times for our country. I also don't believe in kicking a man when he is down.

The other big story was that Crewe was selected as one of the final 6 bids in the competition to become the headquarters for the Great British Railways HQ. The public vote is now open, so please vote for Crewe to give us the best chance possible. You can vote here: https://consultations.gbrtt.co.uk/great-british-railways/gbr-hq-vote/consultation/intro/

I have finally had the chance to share a video from the Wybunbury Fig Pie Rolling, a wonderful community event which gets everyone together! If you have never been you can see what it involves!

I went to the recent Nantwich Societies Fair. There was so many groups and organisations locally where you can do lots of things for fun, or to help out the local community. I have listed just some of these, happening over the next few weeks, below. 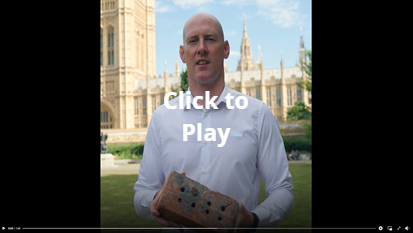 As you will have read previously, I have been spearheading a bid for Crewe to host the headquarters of Great British Railways working cross party with Cheshire East Council, Pete Waterman, North West LEP, South Cheshire Chamber, Crewe Town Board, South Cheshire College, Crewe Alex and the Railwayman supporters club and a whole range of local railway businesses.

Crewe has successfully reached the shortlist and is one of the final 6 bids which has gone forward to a public vote which is now open. We need anyone and everyone to support our bid, so please vote for Crewe via the link below and share it widely!

You can also read more about our bid here:

Along with the HS2 Crewe to Manchester leg being confirmed and a train building contract being awarded to local business, Alstom - it would be fantastic to continue uplifting the rail industry in Crewe. I believe we are a strong contender based on our rail history and our ideal placement for connections all across the country. 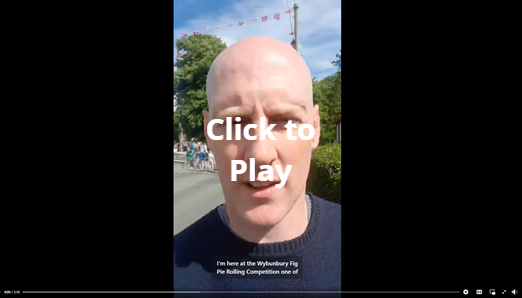 This weekend, I went along to the Wybunbury Fig Pie Rolling! What a wonderful atmosphere and community get together – it was great to be there! Well done to everyone who raised money for charity! 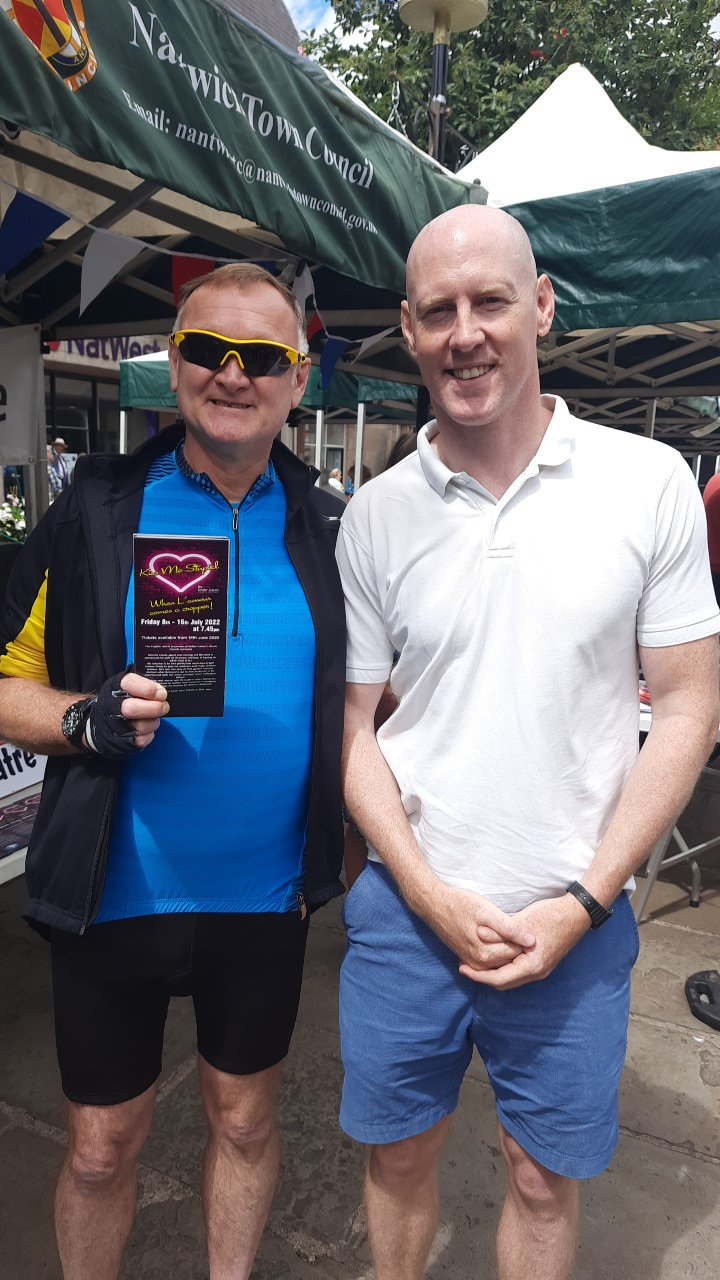 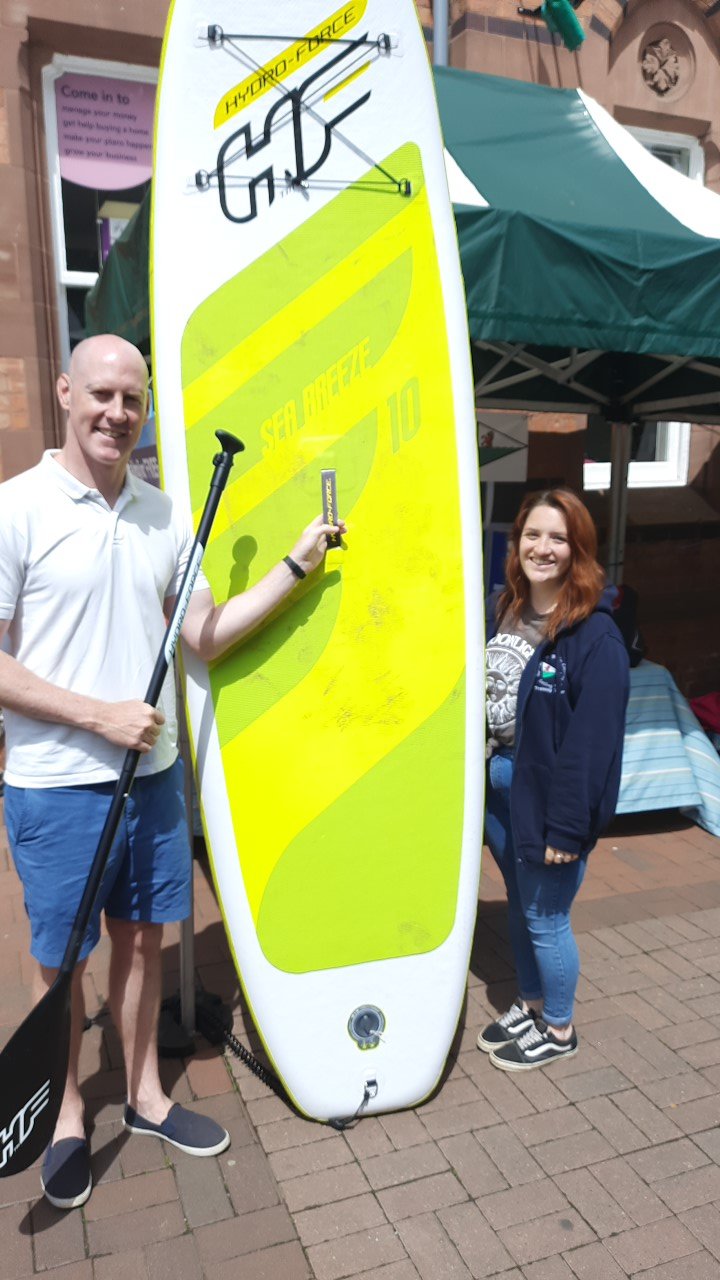 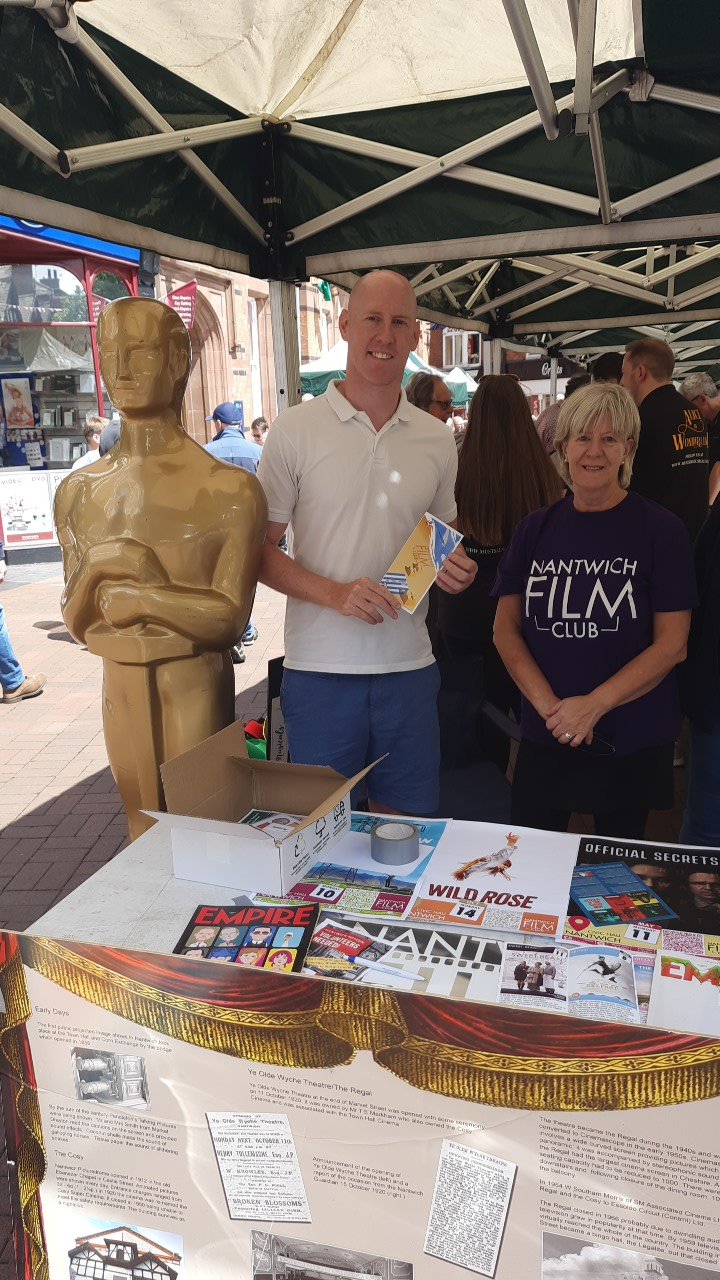 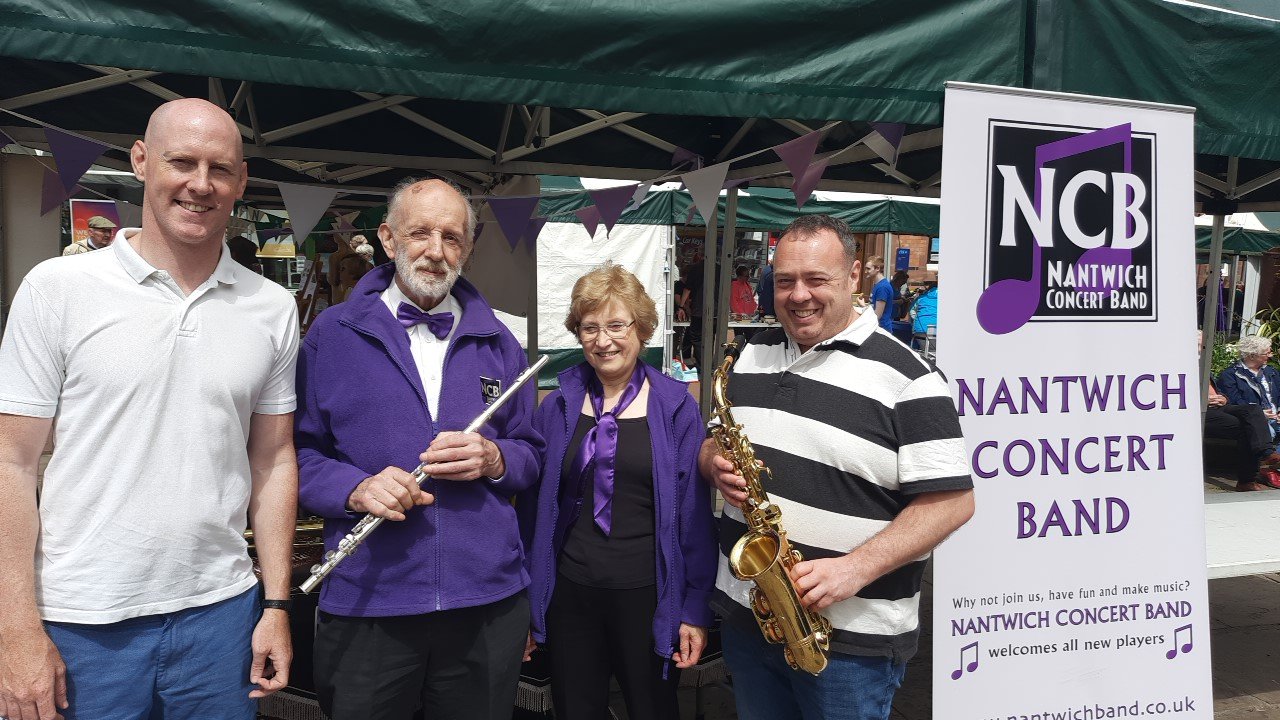 It was a good turnout this weekend at the Nantwich Societies fair. There was so many things for people to do, enjoy and help with! Too many to list but upcoming we have:

Nantwich in Bloom-judging is just weeks away, any help getting the town looking its best welcome!

I have had Molly, from Cheshire College, come to my office for work experience this week. As part of her week here, she wrote the below article about another Private Members Bill that has recently passed – The British Sign Language Act 2022.

The British Sign Language Act 2022 has been passed in Parliament, and came into place on June 28th 2022.

The Act, which was passed this March, makes sign language a recognized language in England, Wales and Scotland. Government departments must explain how they are promoting sign language, as well as how they are making it easier to use. The Act also helps guide both the government and the public on how to meet the needs of people who use sign language as their first or preferred language.

As a result, more people are wanting to learn British sign language. It also raises awareness for sign language, a positive outcome as it promotes equality in areas such as employment. 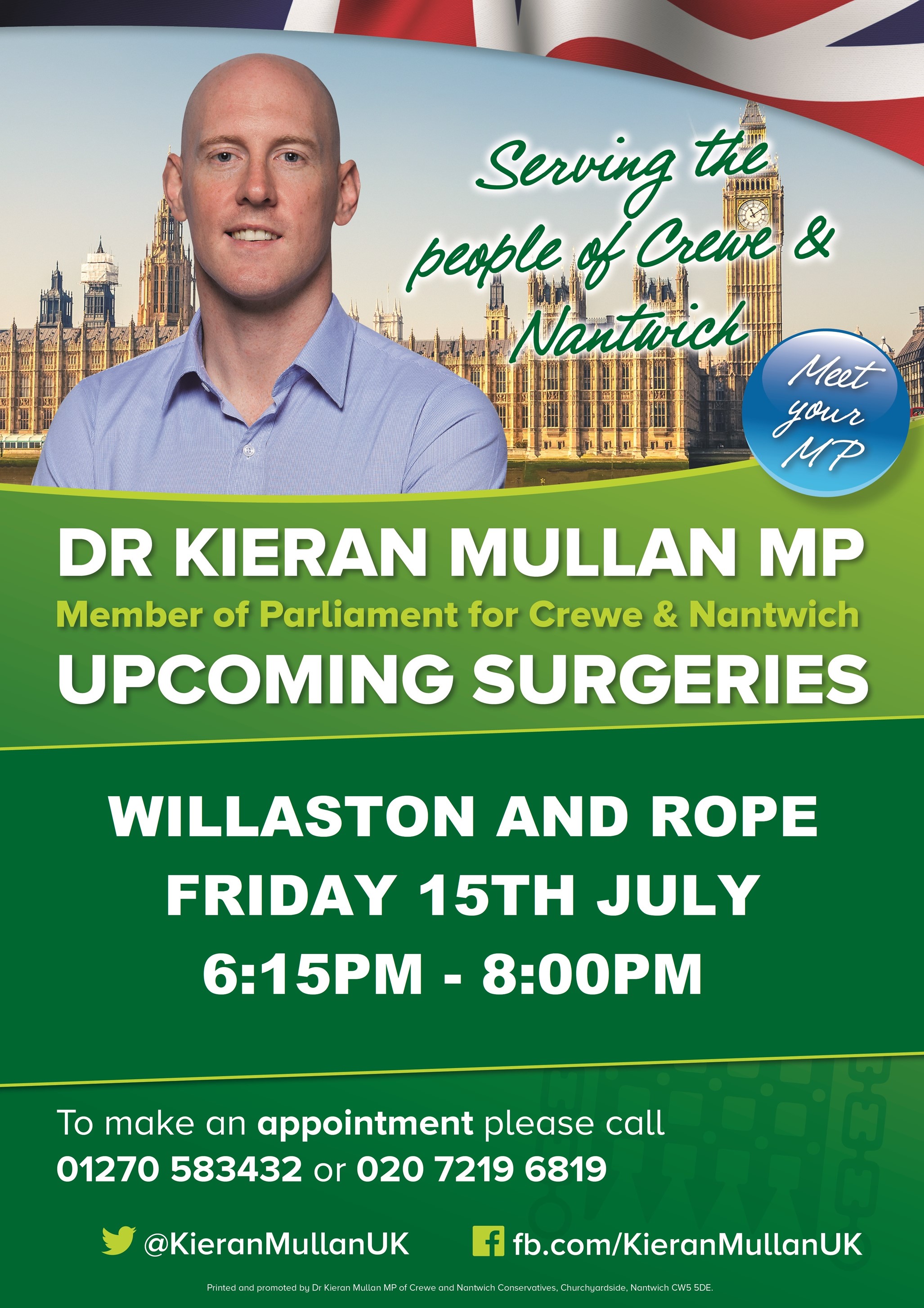 Do you have an issue that I could help you with? I shall be holding my next surgery in Willaston and Rope on Friday 15th July between 6:15pm and 8:00pm. If you would like an appointment, please give my office a ring on 01270583432 or email kieran.mullan.mp@parliament.uk.