This week we have had a huge response to the petition and I hope Cheshire East will listen. If you haven't had a chance, you can still sign the petition against the council reintroducing car parking charges next week just as shops begin reopening:

Other updates below on Chester Zoo which is being allowed to reopen next week, a thank you for carers during carers week and lockdown rule changes. As always, any questions about lockdown rules this FAQs is really helpful:
https://www.gov.uk/…/coronavirus-outbreak-faqs-what-you-can…

I also give my views about the protests against racism we have seen over the last few weeks. I think the debate and polarisation around the issue makes it really difficult for people to draw any helpful conclusions or to understand what it is most people are asking for because the media and others are presenting a confusing array of simplistic views that I don't think are representative. So I have tried to focus on a couple of key messages. 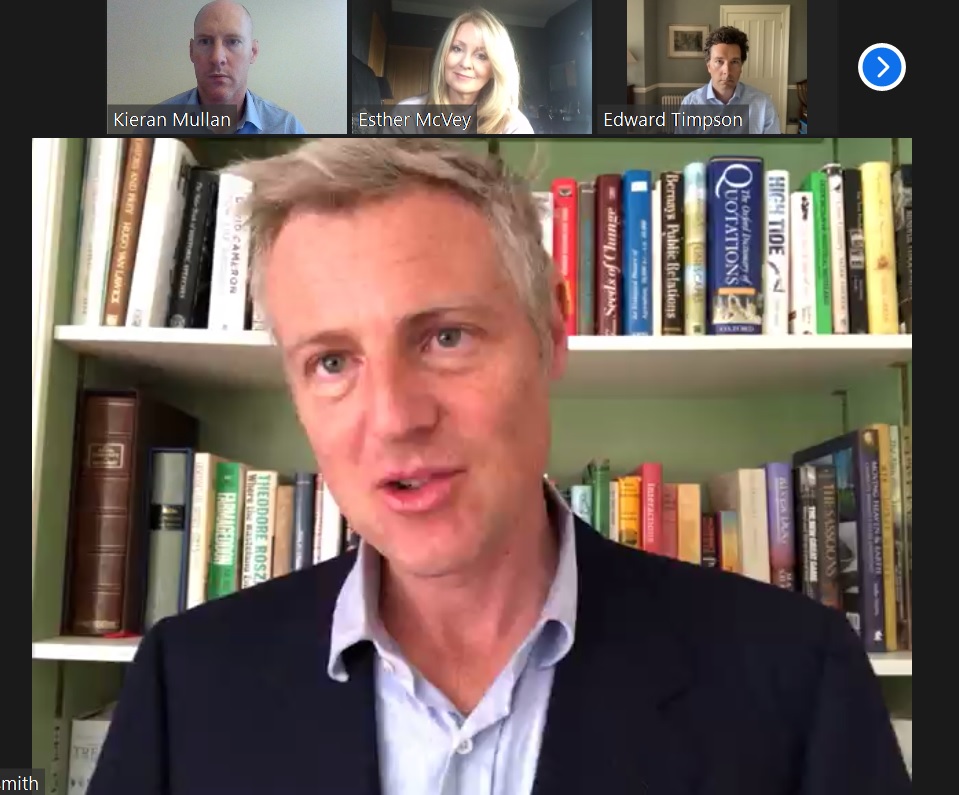 Over the past week, I have been contacted by a number of constituents who raised their concerns about the future of the beloved Chester Zoo. I, like many others across the Cheshire, have fond memories of visiting Chester Zoo and I am aware that zoos, such as Chester Zoo, serve not just as tourist attractions and businesses, but also as educational facilities and conservation sites for some of the world's most vulnerable and endangered species.

Last weekend I joined other MPs in a meeting with Zoos Minister Zac Goldsmith where we pushed for a quick decision to allow Chester Zoo to reopen. This followed meetings earlier that week with the Chief Executive of Chester Zoo supporting their efforts to be allowed to re-open. I was great to then hear the Government announce that zoos will be allowed to open from Monday 15th June!

Although we can be happy about the zoo's re-opening, the government has not forgotten the financial effects of the pandemic and discussions about financial support are ongoing.

I have been delighted by the support my constituents have given to Chester Zoo and it is because of this support that we have been able to get a great result!

Like our volunteers, that we celebrated last week, carers across the country have been instrumental in providing support for the most vulnerable. The COVID-19 pandemic has undoubtedly created a number of additional challenged that carers have had to overcome and I am in awe of their dedication and resilience during this exceptionally challenging time.

To show my support for carers across the UK, I have contacted the Department of Health and Social Care to ask what additional support we can provide our carers to help with the additional pressure they are under as a result of the ongoing pandemic.

Carers across the country deserve our thanks and admiration for the invaluable support they provide for vulnerable people.

From yesterday single adult households can now mix with one other household. I’m fully aware of how loneliness has been one of the biggest effects to people, particularly those who live by themselves, during this period of restriction. From this weekend, adults living alone – or single parents with children under 18 – will be able to form a ‘support bubble’ with one other household, meaning they can spend time together inside each others’ homes and interact with each other without needing to stay 2 metres apart.

All those in a support bubble will be able to act as if they live in the same household. You should not then switch the household you are in a bubble with. If anyone in the bubble experiences symptoms, then the entire bubble should immediately stay at home and self-isolate.

This announcement follows on from the smaller changes that were announced last week. These changes were that up to six people can now meet outside, including in gardens and other private outdoor spaces - provided those from different households continue strictly to observe social distancing rules by staying two metres apart.

This has been the most challenging period for shops and high streets in our history – we know the toll the last few months have taken on them, and we want to reopen our economy as soon as it is safe to do so. That is why from 15 June, non-essential shops, department stores and shopping centres will be able to reopen, provided they are meeting Covid Secure guidelines beforehand and have put in place all the necessary steps to keep their workers and customers safe.

From Monday 15 June, face coverings will be required while using public transport - although people should continue to avoid public transport wherever they can. This is in addition to social distancing and regular handwashing. I know it isn’t a certain means of protection, but the evidence suggests that face coverings can help us protect each other and reduce the spread of the disease if someone is suffering from coronavirus, but not showing symptoms. These face coverings should cover the mouth and nose while allowing the wearer to breathe comfortably and can be as simple as a scarf or bandanna that ties behind the head to give a snug fit. You can make face coverings using household items and following the useful guide at https://www.gov.uk/government/publications/how-to-wear-and-make-a-cloth-face-covering/how-to-wear-and-make-a-cloth-face-covering

The vast majority of people have attended these protests to send a very positive and simple message; that we, as individuals and as a society, can and should do more on anti-racism. We have made good progress on this matter in recent years however there is always more that we can do on this and other social justice issues. That is the core message. You don't have to agree with every specific thing being claimed by every talking head on TV or every person on Facebook to be able to think that is a positive message we can all get behind.

We should not let the violence of a few individuals distract us from the core message of these protests. All those despicable people who have chosen to attack the police, this weekend and last weekend, will be held to account. These people are thugs and criminals who simply want to engage in violence against the police and are not a reflection of the protests. Nor are the right wing thugs representative of people who feel proud of the good things about British history and are against a demonisation of the police. I have spoken with the Home Secretary on this issue and I am confident that the police will spend the next few months finding and arresting most of these individuals over time, as they did in the 2011 riots. Sometimes for the police, it is the sensible thing to do rather than trying to arrest large numbers of people on the spot. Even if it can be very frustrating to see people seemingly getting away with it. Myself and other MPs had a meeting with the Police Minister and he took the time to listen to those frustrations and explain the tactics the police had elected to use. Believe me, the police will work very hard to track down and catch people who attack their fellow officers. Absolutely right.

I am concerned about the large numbers of people mixing and risking the spread of coronavirus, but again, in practical terms, the police are going to really struggle to disperse a peaceful crowed of tens of thousands of people. Ultimately they police have to judge what is proportionate. But I can understand people in lockdown find it frustrating seeing the rules being broken.

With regards to issue of statues, there is a democratic process in place to debate and arrange the removal of statues if their presence no longer seems appropriate. Tearing down and destroying statues, like the violence shown by some, diverts attention away from the central social issue and I do not believe these people are representative of the people who want to speak out about racism. No matter the circumstances defacing, vandalising, and destroying statues is against the law. Some people have called for the removal of the statue of our former Prime Minister, Winston Churchill, and have chosen to vandalise it.  Again, it is these radical few who have diverted attention away from the core issue of anti-racism and social justice, which is far from constructive.

From speaking to friends and family from BME backgrounds and reading and listening to activists online it seems pretty clear to me that there is no big majority that want Winston Churchill's or other major historical figures statues taken down. I know that this government would not allow Winston Churchills statue to come down. The statue has been covered up during protests when it is at risk of being vandalised before.

1. Yes we can all do more on racism and it is never a bad thing to have us talking more about this and other issues. You don't have to agree with everything every single protester is saying to agree with that
2. Violent thugs and radicals pushing extreme views about our police and others don't represent most of us or the people taking part
3. Churchill isn't going anywhere and nor are the vast majority of people campaigning on racism asking for his statue to be removed