Beechmere-what I have found regarding timber buildings 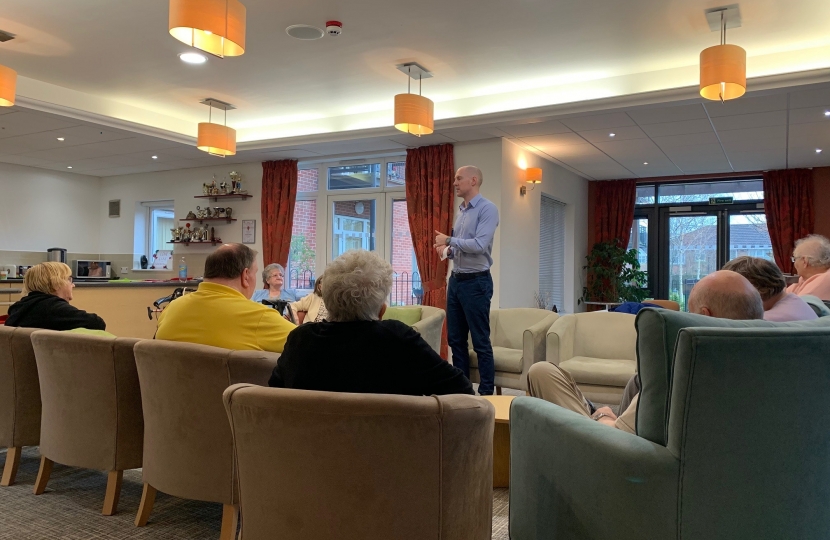 It is good news that we are in the position to say everyone safely escaped from the Beechmere fire thanks to the efforts of the friends and family of residents, neighbours and the emergency services. I had the pleasure of visiting and speaking with residents there in March and remember clearly their warmth and kindness. But for those residents, who have lost all their possessions as well as their homes, they will still want to know if this could have been avoided. Everyone will want to see what the official investigation finds. But I have found that there is a worrying history of concerns about timber framed buildings.

This is less a story about PFI and the drive for profits and more about a new found enthusiasm for resurrecting the use of timber in building because it is seen as being eco-friendly. A new green vision of skyscrapers made naturally to replace our concrete urban jungle.

Timber framed construction fell out of fashion after a 1983 ITV World In Action documentary crashed the market as it told stories of rotting buildings and condensation problems. But around the world use of timber frame rose and rose and in the late 1990s Government thought again about timber. It joined forces with industry to test out the safety of timber framed buildings of ever greater heights and slowly timber came back into use.

And then in 2002 the newly built Yarlswood Prison was half burnt to the ground after a small fire started by rioters spread out of control. In their submission to the inquiry held in the aftermath representatives from Bedfordshire Fire and Rescue Service made it clear that they thought the timber framed nature of the building made the fire difficult to control.  The same inquiry found the decision not to install sprinklers there was the wrong one specifically because of the wooden frame.

By 2006 Government ministers were boasting that “The timber frame sector is helping to produce housing more quickly and at a better cost.” A head of steam built up and by 2009 the Government made available a £6 million Renewable Construction Demonstration Project to encourage house builders to go even further and the pace of use continued to grow. But so did the concerns.

Blazes in Croydon and Peckham, in 2007 and 2009, caused severe damage to blocks of flats with wooden frames but Government pressed on. In 2010 a London Assembly report recommended tighter regulations on timber framed buildings. A 2012 Government statistics review identified clearly that fires in timber framed buildings results in more fire damage and an insurance industry review also claimed they were more likely to occur.

By 2014 the Health and Safety Executive released an open letter to everyone involved in timber framed construction after a spate of fires including the burning down of an £20 million University of Nottingham laboratory mid construction. The HSE is clear that the risk of timber framed buildings is particularly high during construction and when any work is being done on them. I have heard from residents of Beechmere that the fire started whilst work was being done in the roof space.

The Fire Protection Association responding in stark terms stating “The call for sustainability in construction has seen an increase in timber frame construction fires, characterised by rapid fire spread, enormous radiated heat and the large spread of embers, frequently causing secondary fires in adjacent and neighbouring properties. Such fires pose a major risk to those working on the site, the occupants of surrounding buildings and the firefighters who have to tackle a fire, because of early collapse.”

A stark warning. They join MPs from Labour, the Conservative’s, the SNP and the Liberal Democract’s who have all raised questions over decades as successive governments drove forward.

Where are we now? When it was built in 2008 Beechmere held the record for the largest timber framed construction in Europe. We now hold the record for the world’s largest timber framed building, a ten-storey, 121-unit development in Hackney. Hackney Borough Council has been described as having a ‘Timber First’ policy. They are among many others including housing associations that see timber as the best way to build now.

The Government has already acted. The Hackney building could not now be built. There is currently a ban on using combustible frames on buildings 18 metres or higher. This is one of the many steps that has been taken in the light of Grenfell. The other is a review of regulations exactly as people have rightly called for in the wake of Beechmere. This review is due to publish new proposed regulations shortly.

The question is, with the focus on high rises and cladding because of Grenfell, are we sure the review is not going to let the issues with timber frames fall under the radar? I have written to the Housing Minister and asked for an urgent meeting to make that exact point.

One of the most unexpected things that happened in the response to Beechmere was finding myself working directly alongside Labour Councillors and activists as we all pulled together to respond as a community. I was at the second sorting point we opened up at Crewe & Nantwich Rugby Club sorting through bags of clothes hand in hand with an activist that I have had some of the most vehement disagreements with since becoming a candidate. None of that mattered. We should all avoid political point scoring. I want to continue the spirit of this collaboration and fully support Laura Smith’s call for Cheshire East to look at existing buildings at risk.

I have asked the housing minister to consider doing the same nationally whilst we wait for the investigation report from Beechmere. I have also asked that they consider extending the ban on the use of timber for buildings below 18 metres if they are intended for use in high risk buildings like care homes and or schools where fire containment is key.

We must make sure we make the places we live and work in as safe as possible. This is the legacy of change for Beechmere we can all fight for.