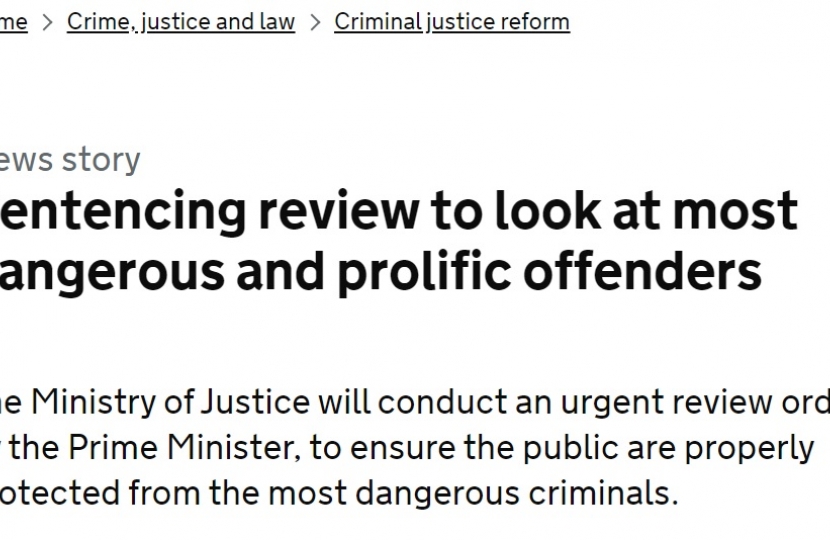 My dad was a policeman and I served as a special constable for four years. In that time, and just as an ordinary person noticing what sentences people received for various crimes, I came to see the need for serious reform of our sentencing laws. I believe that whilst rehabilitation is important, ensuring victims of crime know justice will be done is paramount. It is after all called the 'justice system'. At present I do not think our system provides justice as often as it should.

In my view not enough people get sentenced to life imprisonment as often as they should be and too often we let people out early. When people hear that someone has received a 'life sentence', they may think it means that person is going to prison for life. That is nearly always not what happens. Take the case of the triple child killer David McGreavy. To the absolute horror of the mother of his victims, he was released from prison last year after 40 years inside. If someone that brutally murders three children doesn't go to prison for their whole life, then who does!

Importantly, this Government has committed to creating 10,000 new prison places that will enable us to start delivering greater levels of justice for victims of crime.

But what do you think? Take my survey and share your experiences and I will feed this into the review by the Ministry of Justice.

Happy New Year! An awful lot has changed since my last email of 2020 with tough changes but good news as well.