April saw the closing date for nominations of the NHS Parliamentary Awards.

Following your recommendations, I was delighted to have nominated local NHS heroes for the NHS Parliamentary Awards, which celebrate their hard and dedicated work. So many NHS staff have gone above and beyond in their care for patients, particularly over the last couple of years, and these awards single out just a handful of them.

You may have heard about the Government's plans for an asylum partnership with Rwanda. Under this plan, those who enter the UK illegally seeking asylum, including those who arrive here via channel boats, may have their claim processed in Rwanda. This will hopefully act as a deterrent for those planning on making the journey. We have to always remember people coming here via land or sea are coming here from France-asylum seekers are expected to claim asylum in the first safe country they reach and the British public expect their generosity to be focused on those most in need, not on people who can afford to pay people smugglers.

It might surprise you to know that Rwanda has a good track record of hosting large numbers of refugees from the UN refugee programme despite all the criticism you hear about the plan.. This might not be a perfect solution, but with mass illegal migration set to soar globally, business as usual is simply not going to cut it. Critics of the scheme don't have any credible alternatives for how we tackle this issue.

In other news, the Government has announced that, for the next month, certain rail fares will have an up to 50% discount. This will apply to off-peak, advanced fares. Check out here to see if you can save on your journeys. Part of the reason this is being done is to get people back into the habit of being on the train after lockdown!

Nominations are now open for the 2022 BBC Radio Stoke's Make a difference award. These awards celebrate and say thanks to local people who make where we live a better place. Visit the link below to find out more and nominate someone you know who has made a difference.

In Parliament I visited a Guide Dogs UK stand in Parliament this week to learn more about the work they do to help improve opportunities and support for the thousands of children in the UK with vision impairment. An amazing charity that does incredible work. 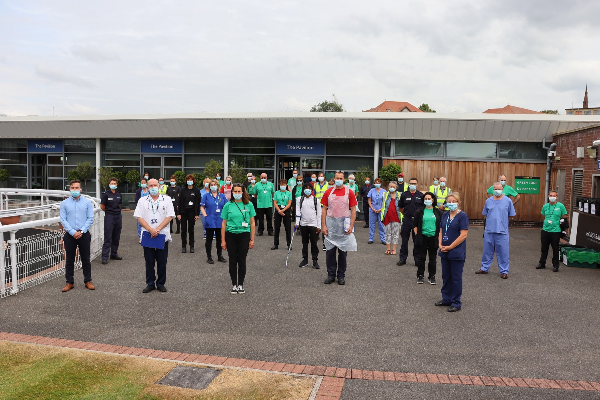 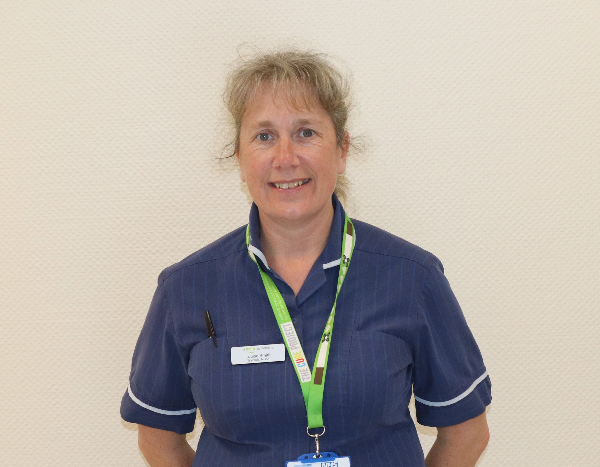 I have recently nominated some of our local NHS heroes for the NHS Parliamentary Awards.

You may remember a few weeks ago I asked you all to get in touch about an NHS worker or department that has gone above and beyond in helping them, or a loved one, so that I could nominate them for the annual awards.

Louise Smith, an Inflammatory Bowel Disease Specialist at Leighton Hospital was nominated by a former patient for the Nursing and Midwifery award for being so supportive and always on hand to answer questions during their treatment.

Additionally, the Cheshire Covid-19 Vaccination Team have been nominated for the Covid-19 Response Award, recognising the amazing work they have done during the pandemic to get jabs into arms as quickly and as safely as possible.

These nominations single out just a handful of the hard-working NHS staff who have gone above and beyond in caring for patients – particularly over the past couple of years when we have needed them more than ever. 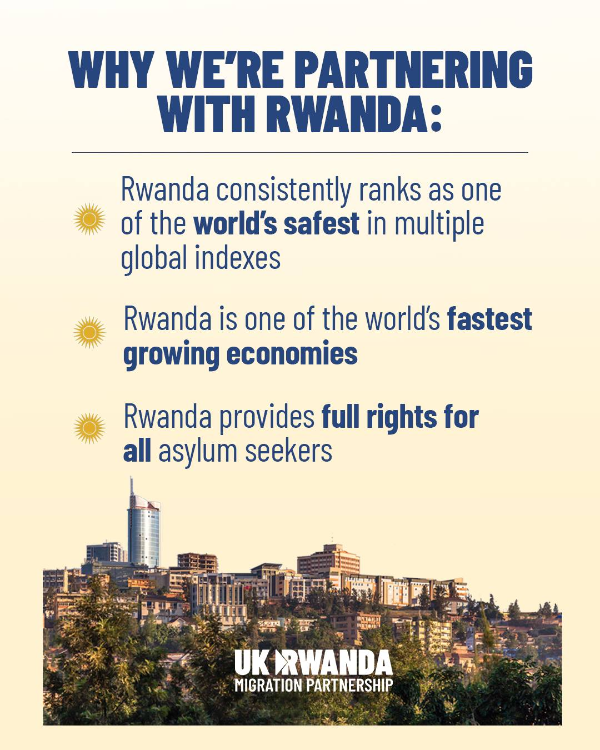 You will no doubt have heard about the Government's plan for a partnership with Rwanda, where people who enter the UK illegally, including by small boat across the Channel, may have their asylum claim considered in Rwanda rather than in the UK, with a view to receiving the protection they need in Rwanda if their claim is granted.

I hope this acts as a deterrent and is the beginning of a solution for how the developed world starts to deal with this challenge humanely.

Rwanda is a fundamentally safe and secure country with respect for the rule of law. Under this agreement, Rwanda will process claims following the UN Refugee Convention, national and international human rights laws, and will ensure their protection from inhuman and degrading treatment or being returned to the place they originally fled.

Rwanda has a good track record of hosting refugees and working constructively with the UN Refugee Agency to provide food, healthcare and jobs to over 130,000 refugees recently resettled. The EU and UN both resettle people in Rwanda.

Since 2019, Rwanda has been working with the UN Refugee Agency and the African Union to support over 500 refugees and asylum seekers evacuated from Libya, under the Emergency Transit Mechanism. They are housed at a dedicated centre providing mental health services, legal assistance, employment training and opportunities.

Rwanda has also supported around 30,000 Burundian refugees who have also transited to the centre since 2015.

These new measures, combined with the reforms to the asylum system and the changes to our laws in the Nationality and Borders Bill, will help deter illegal entry into the UK. In doing so it will help stop the criminal smuggling gangs, protect the lives of those they endanger, ensure continued support for the truly vulnerable, and improve our ability to remove those with no right to be in the UK.
I would encourage critics of the scheme to reflect on the realities of the situation facing developed countries and accept that tough decisions need to be made. Mass illegal migration is set to soar and we have to come up with new ways of stopping this or sympathy and goodwill for refugees is going to be seriously undermined. That doesn’t mean we won’t carry on with a track record of providing refuge to thousands of people and spending huge amounts of taxpayer money on supporting less well off people around the world. 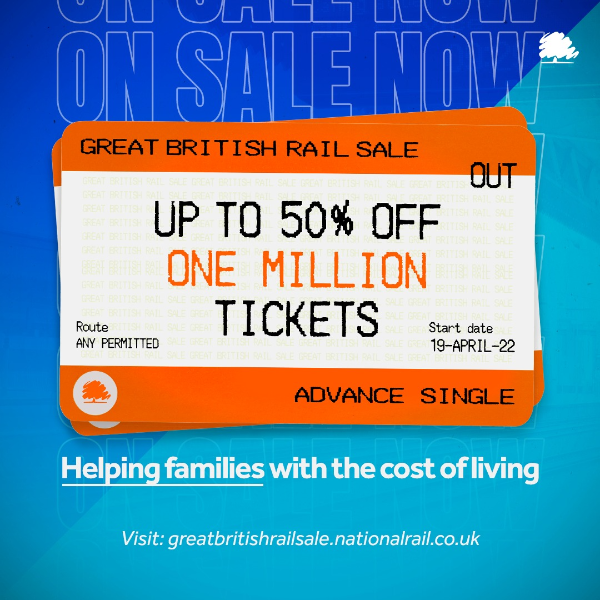 Over 1 million rail fares will be slashed by up to 50% in a national rail sale.
This half-price sale will apply to off-peak advance rail fares between 25th April and 27th May.

Tickets are on sale now, so visit here to see if you can find any good deals!

The Government has announced a series of reforms that will better protect consumers from being ripped off through bad consumer practices.
This plan will:

The Government intends to make the UK the safest place in the world to be online. We came to a step closer to this ambition this week when the Online Safety Bill returned to the Commons. This Bill will: 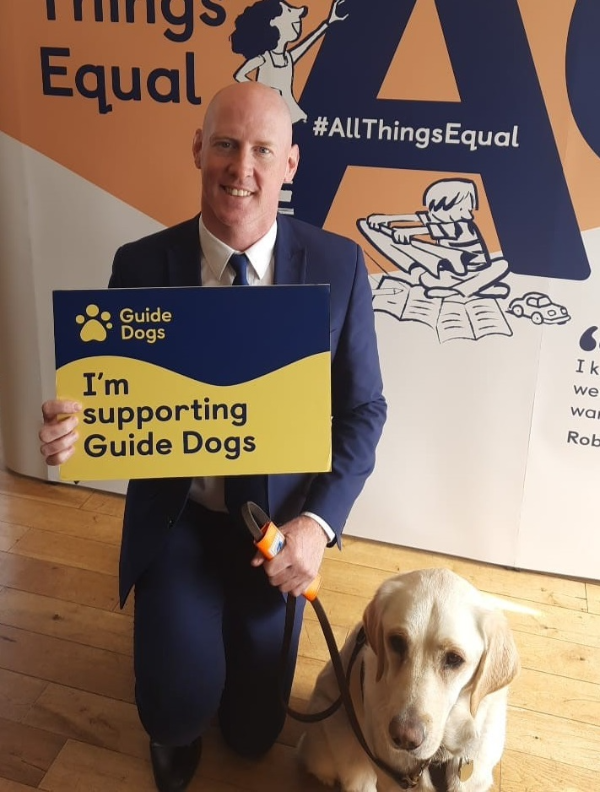 It was great to meet with Guide Dogs UK in Parliament this week to hear about their #AllThingsEqual campaign and what can be done to help young people with visual impairment.

There are around 34,000 children in the UK with vision impairment, and with 80% of a child's education relying on vision, they must get the specialist support they need to help achieve their potential.

Guide Dogs is a wonderful organisation who do tremendous work helping people all over the country live better lives. 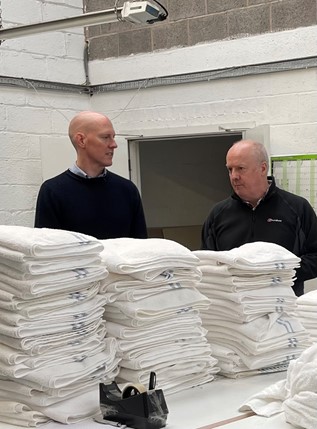 I was shown the ropes of the business by Chris, the owner. During the pandemic, Sunrise contacted me for help getting grants for affected businesses. Since applying they have been awarded a grant aimed at businesses that have invested in growth.

I always enjoy going to see the work of local, family-run businesses that have started from the ground up. Sunrise is no exception. It was great to learn about a completely new business and industry, different to what I usually see.

Thank you to Chris and the team for showing me around!

Nominations are now open for the 2022 BBC Radio Stoke's Make a difference awards.

These awards celebrate and say thanks to local people who make where we live a better place.

The winner will be announced at an awards ceremony on the 24th of September.

Nominations close at 11pm on 29th April. Visit here to nominate someone you know: http://www.bbc.co.uk/makeadifference

Wistaston Road, Crewe (Between Edleston Road and Dunwoody Way) - Until 15th May