Last Sunday was Remembrance Sunday. This was my first Remembrance Sunday as the Crewe and Nantwich MP. Honouring those lost on behalf of my constituents is probably the most solemn duty I have as an MP and I held a Crewe Remembrance virtual event to commemorate those who have died in the world wars and conflicts since.  You can watch the service below, one of many virtual events that took place across Crewe & Nantwich. We also discussed Remembrance in Parliament this week and I got to listen to an incredibly powerful speech by former Army Colonel but now MP Bob Stewart which you can see here:

This week we heard that scientists have developed the first effective coronavirus vaccine which preliminary analysis has shown can prevent more than 90% of people from becoming sick from Covid-19. This represents a major breakthrough in our fight against Coronavirus. In the article below you can find the Joint Committee on Vaccination and Immunisation’s previously published list of vaccine prioritisations as well as a short explanation on how this vaccine (mRNA) works. There are other vaccines at an advanced stage which can give us hope for a return to something close to normal next year.

This week I also spoke in the Westminster Hall debate on getting fans back into the football stadiums. My speech focused on the importance of local clubs, such as Crewe Alexandra FC, and how the Government need to do all they can to make sure football clubs come out the other side of this pandemic. I also called on the Government for a roadmap on how we can get fans back into the stadiums when it is safe to do so and how we can support clubs in the meantime.

I recently visited No 10 to discuss my Leighton Hospital campaign with the Prime Minister. Over the past month I have been campaigning for Leighton’s place as one of the final 8 new hospital build sites in the recently announced final round of a multi-billion-pound hospital building programme. It was great to discuss my campaign with the Prime Minister and make a case for Leighton hospital!

This newsletter also includes an overview of the children and young people I spoke with during Parliament Week as well as thanking our army reserves in the Chamber. Finally, it has been announced that in 2022 we will be having an extra bank holiday to celebrate the platinum jubilee of Her Majesty the Queen. 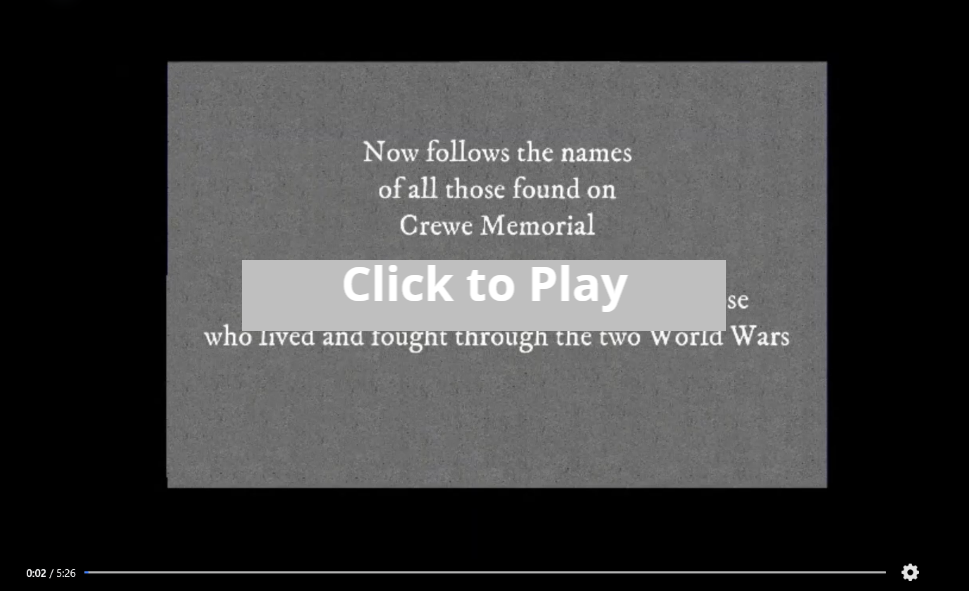 This week was Remembrance week. This was my first Remembrance Sunday as the Crewe and Nantwich MP. Honouring those lost on behalf of my constituents is probably the most solemn duty I have as an MP. The above video was made for the Crewe Remembrance virtual event I held and lists the names of all those who are on the Crewe Memorial with accounts from those who lived and fought in the two World Wars.

We had young people from Crewe Brass Brand, Crewe Sea Cadets and St Thomas More School taking part in the service which gives me hope that future generations will carry on the traditions of Remembrance for future generations.

On Armistice Day itself, I joined fellow MPs in observing the 11am two-minute silence at the Cenotaph to honour those who have fallen in service to our country.

This week we commemorated those who paid the ultimate price for our freedom and to whom we owe so much.

We must never forget.

The full Crewe Remembrance video can be watched here: https://www.facebook.com/KieranMullanUK/videos/359663341985620 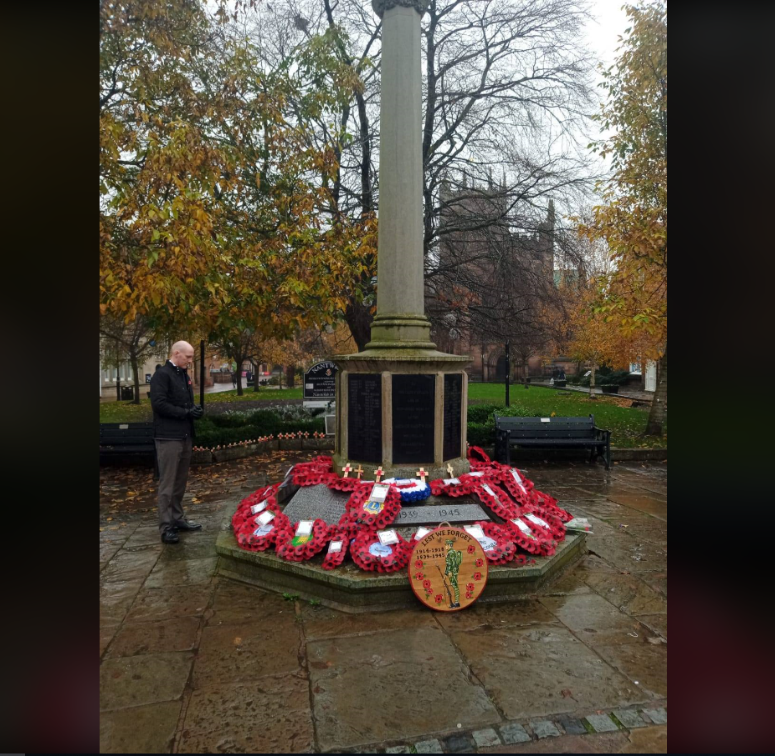 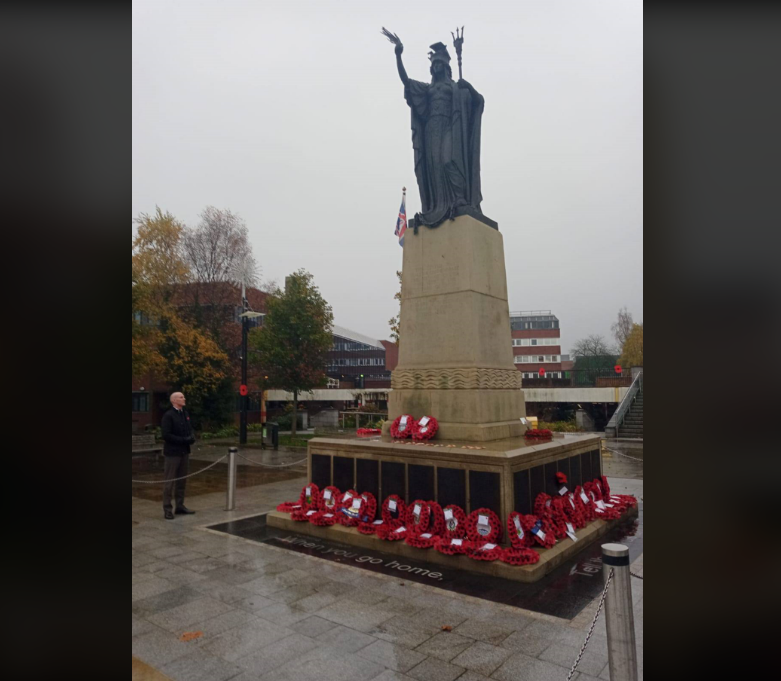 This week the first effective coronavirus vaccine which can prevent more than 90% of people from getting Covid-19, a preliminary analysis shows. This represents a major breakthrough in our fight against Coronavirus.

The scientists on the Joint Committee on Vaccination and Immunisation previously published a list of prioritisation of who should get a jab first, with care home residents and staff among those at the top.

The interim guidance says the order of priority should be:

The rest of the population, with priority is yet to be determined

I am aware that the positive news we had this week about a vaccine that might soon be available left some people wanting to know more about the vaccine being talked about.

What is an mRNA vaccine and how does it work? I believe the below graphic is quite good at explaining what the mRNA vaccine is and how it works. We still don't know for certain this will be used but it helps to understand it for those that want to know more.

None of the rest of the virus that infects your cells and makes you sick is injected. 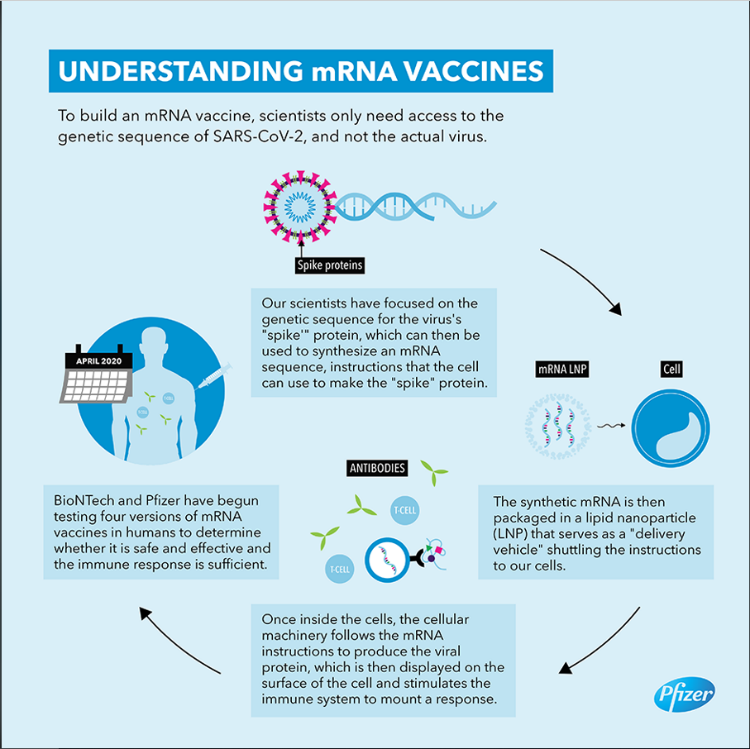 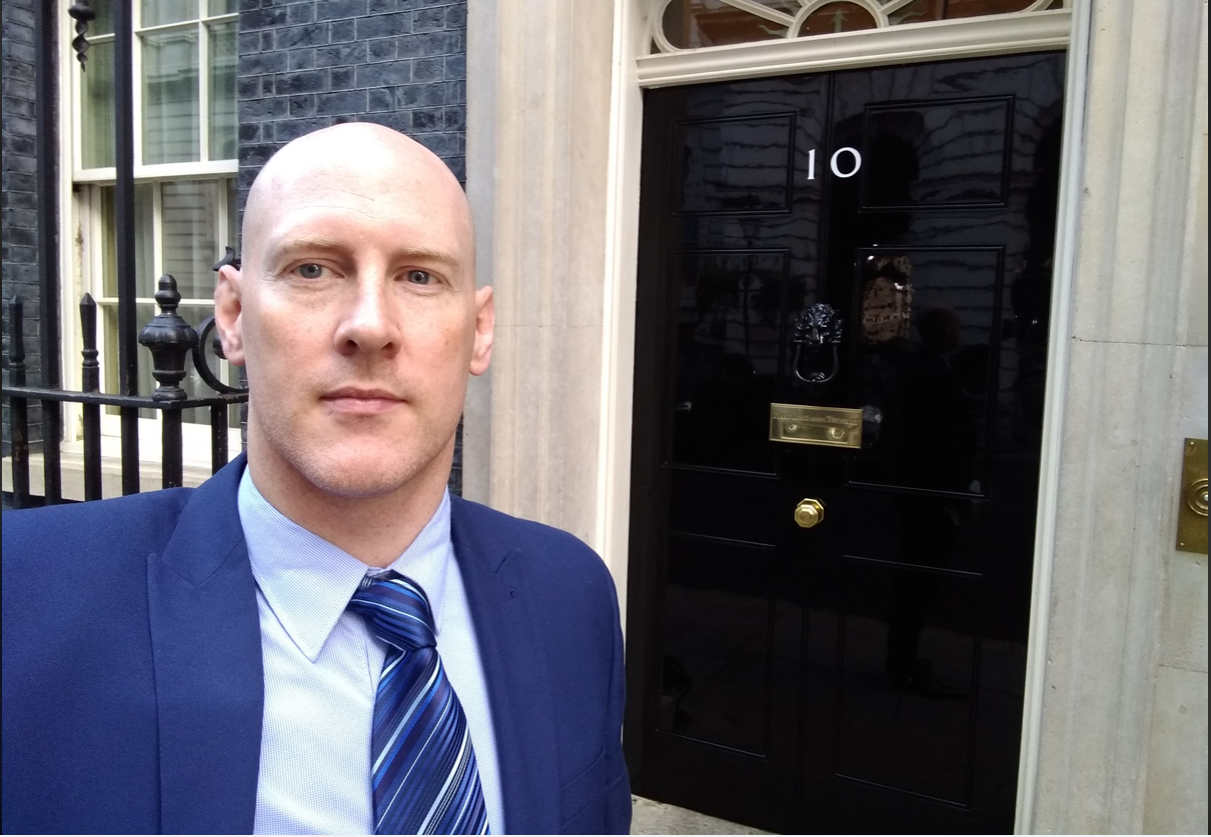 I recently visited Number 10 and met with the Prime Minister and discussed the case for Leighton hospital to be one of the final 8 new build hospital sites.

I was able to talk to the PM about the ever-increasing demand locally and how much new facilities are needed.

The Leighton Hospital petition has been signed by hundreds of people across Crewe and Nantwich. At this stage every signature counts, so if you haven’t already, please add your signature: https://www.drkieranmullan.org.uk/news/leighton-hospital-new-build-campaign

SPEAKING UP FOR CREWE ALEXANDRA 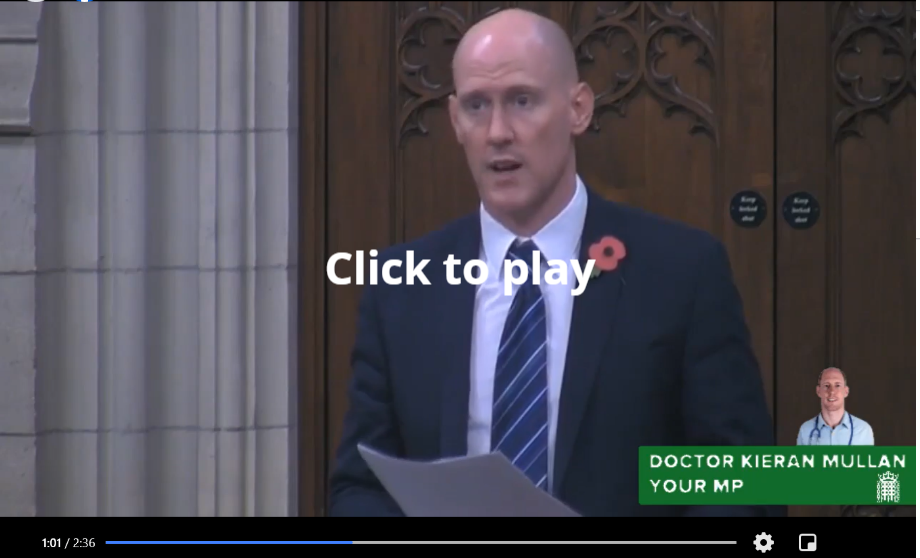 This week I spoke in the petitions debate on allowing fans back to football stadiums. I talked about Crewe Alexandra FC and others like Nantwich Town FC which is just across the border from the part of Nantwich I represent.

Crewe Alex was founded in 1877 and we cannot allow the coronavirus be the final chapter in the clubs 143 year history. I live close enough to hear the fans roar on match day like so many other people.

I'd like to thank Mark Bevan from The Railwaymen for meeting with me and making such a strong case for the club and its fans.

The loyal and devoted fans do so much more than support their local side, they are active in the community and volunteer locally. Football clubs play such an important place in local communities and we cannot underestimate how much local clubs mean to their fans.

That is why I called on the Government to do all they can to make sure football clubs come out the other side of this pandemic.

I also asked for a roadmap for how fans will be able to get back to football stadiums when its safe to do so. I believe the government need to be clearer when explaining their current approach to football clubs and fans. I think the problem is the government is worried about fans socialising before and after the games.

SUPPORTING CHILDREN OVER THE HOLIDAYS

This week the Government announced:

All of this work the government was doing earlier in the year, despite what the pretty unpleasant and political campaign on social media was trying to convince you wasn't being done.

I previously explained my vote against asking schools to give out supermarket vouchers which was described as wanting to 'starve children' over the holidays I said;

"Free school meals are a specific thing we do-giving children a nutritious meal in school to support their learning when at school.

We should not ask schools to organise giving out money every day and become part of the welfare state. If schools are shut they aren't giving out meals they are giving out vouchers which can be used to buy anything in a supermarket. It is not the school’s job to hand out money to people."

That policy and what I voted against has not changed.

I am very pleased that the Government has listened to the concerns of people across the country who want to make sure we support children in need but has done it in the right way.

So instead of handing out vouchers, FSM children will have the option to join a holiday-time programme that provides healthy food and most importantly enriching activities during the summer, Christmas and Easter holidays.

I look forward to seeing how local charities and groups can be involved in delivering this support. We all have a role to play. I would encourage anyone interested in this issue to look out for ways to be involved with and support young people as part of these holiday activity clubs. 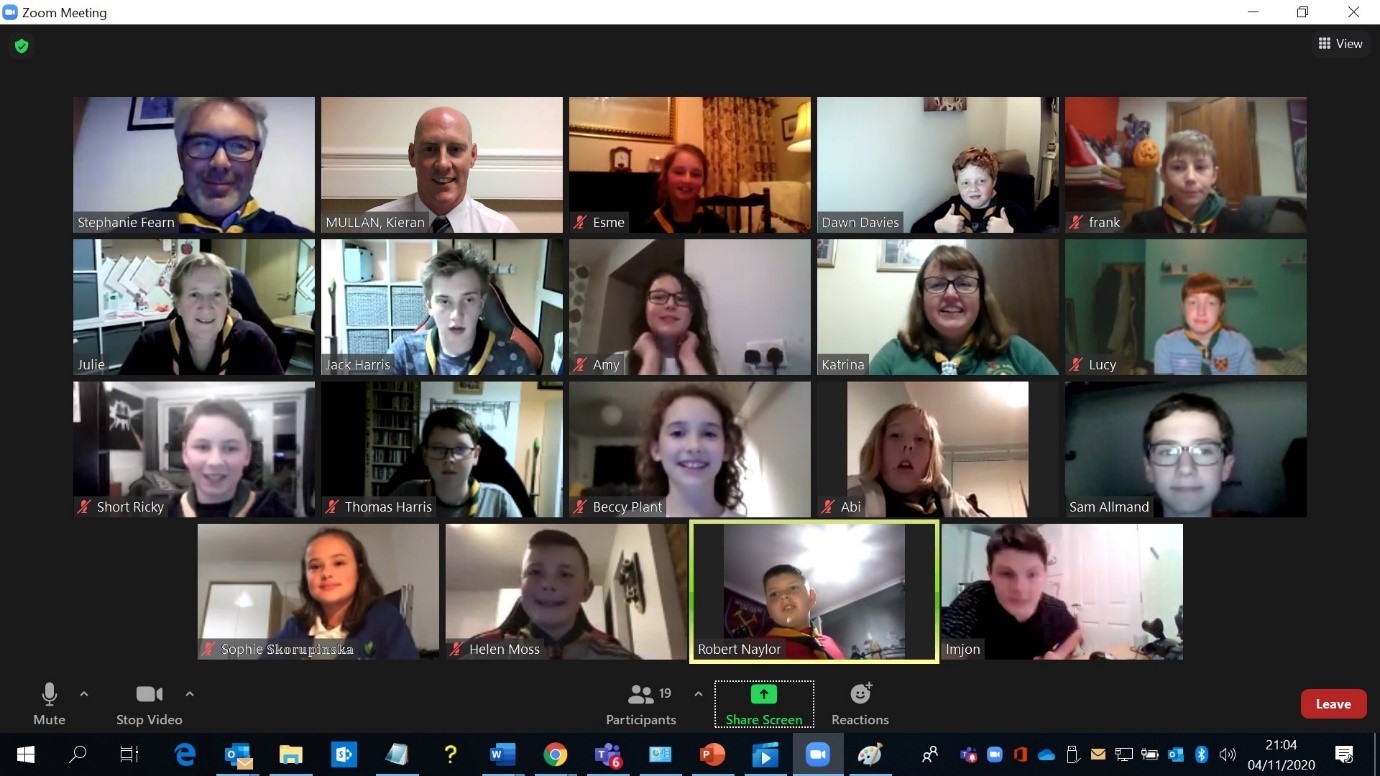 Last week was Parliament Week, which runs every November, and it is an opportunity for young people to get involved in politics and learn a bit more about the subject. During Parliament week I had a virtual meeting with the Scouts to talk about my responsibilities as MP as well as answer any questions they had about my role.

I also did a Q&A with two classes from Wistaston Church Lane Academy to give an overview of my role as an MP and how my role impacts the lives residents in Crewe.

Finally, over the weekend I had the chance to visit the National Citizenship Service (NCS) volunteers (pictured below). This was another fantastic opportunity to talk to young people about politics and the role of MPs locally. 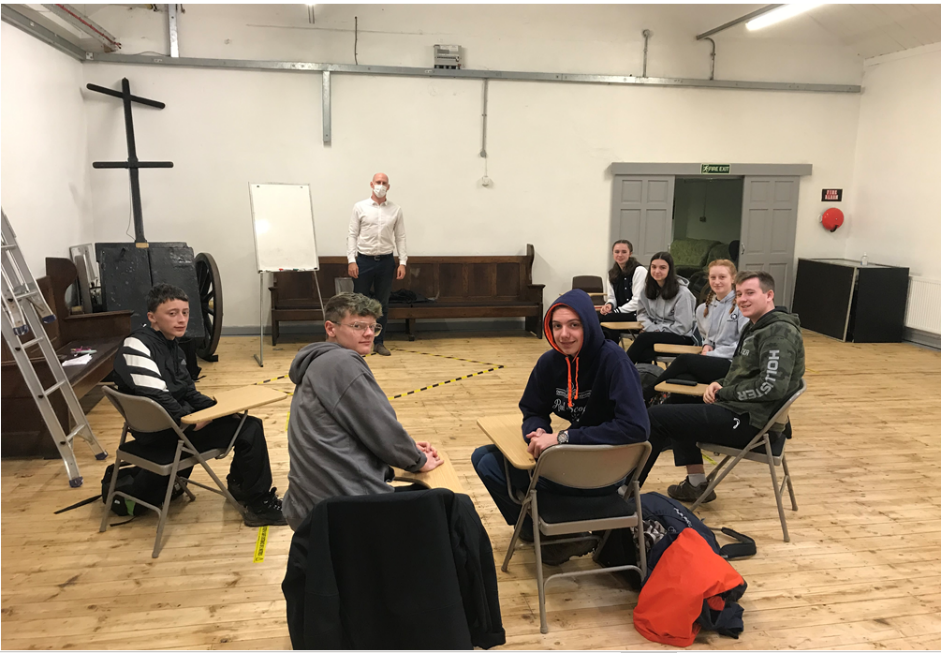 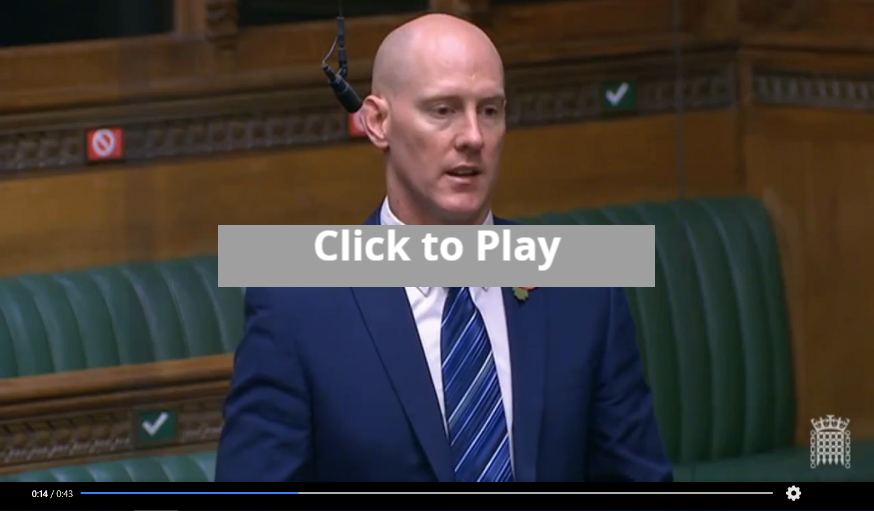 This week in the Chamber I thanked our army reserves for their fantastic work in supporting this countries coronavirus response.

Roughly 1,800 Army reserves were mobilised as part of Operation Rescript, the MOD’s contribution to the COVID response.

Their contribution ranges from distributing personal protective equipment to the NHS to delivering mobile testing units and helping build the Nightingale hospitals.

Their professionalism and dedication has been invaluable during this difficult time. I am pleased that the Minister joined me in giving thanks to our fantastic reserves. 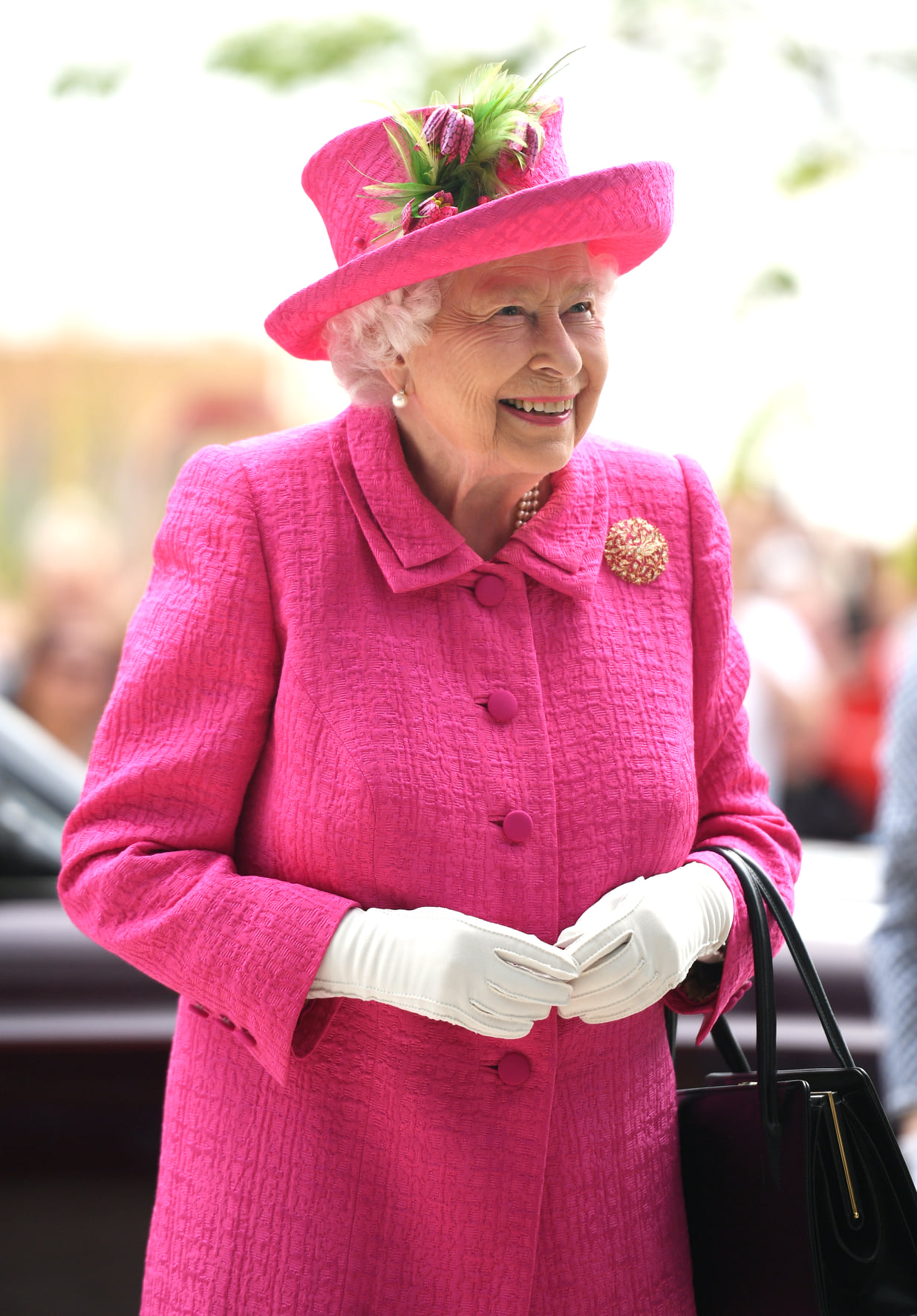 Some much needed good news that in 2022 we will be having an extra bank holiday to celebrate the platinum jubilee of Her Majesty the Queen.

The usual May Bank Holiday will be moved to Thursday 2nd June and an additional Bank Holiday added to Friday 3rd June, giving us a 4 day weekend to reflect on and celebrate 70 years of the Queen's reign!

The following are road closures for the coming week as reported by Cheshire East Council.

Happy New Year! An awful lot has changed since my last email of 2020 with tough changes but good news as well.