We have one of the biggest changes in lock down rules happening tomorrow when pubs and restaurants are opening.

I will be visiting a few myself to see how they have prepared to open safely and to enjoy some lunch! It is key we try and help our pubs and restaurants as much as we can if you feel comfortable. I know not everyone does.

And whilst it isn't high on my list I know most my friends and family are already booked into a hairdresser!

As always I find this frequently asked questions really helpful:

I was very impressed this week with the news about an enormous police operation, one of the UK's biggest ever, that took place across t he country. A large number of organised criminals have been arrested after we worked with our allies to crack a black market communication network. I could not be more proud of our police for the work they have done on this!

We have another great community hero featured in this weeks newsletter and updates on the work I have been doing in relation to fire safety after what happened at Beechmere. Also we have a new fund for football clubs and information about a grant fund for carers.

Have a great weekend! And don't forget our special applause for the NHS at 5pm on Sunday to mark its 72nd year, a year in which it has been tested like never before.

Cheshire East Carers Hub is a local access point for carers of all ages which I have been working with closely over the past few months, and I would like to highlight one of the funds they provide to support carers.

The Living Well Fund is a non-means tested grant of up to £350 available to carers who complete a Statutory Carers Assessment. This one-off grant is limited to first-time applicants, and available for a limited time only. Applicants should visit their website for further details: http://www.cheshireeastcarershub.co.uk

Over the weekend I visited the YMCA Crewe Charity Shop and met with Kim, the store manager, to find out what steps they have taken to make shopping safe as possible for customers. Charity shops generate vital funds for charities like the YMCA England and Wales. Supporting local charity shops is so important, especially during this difficult time, and it was fantastic to hear that the YMCA has been very busy since it reopened a few weeks ago. They need volunteers as many of their usual volunteers are older and in the clinically vulnerable group. We need to back all of our high street as much as possible, particularly the independents who will not have had the support of a big company to fall back on in recent months.

This is another reason why Cheshire East should rethink its poorly thought out reintroduction of parking charges. Crewe has been awarded up to £25 million from the Towns Fund so we can create a positive vision for the future but we need to help in the short term as well! 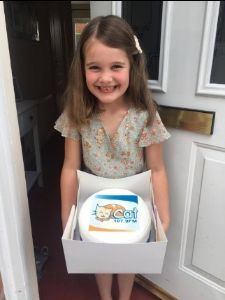 This week’s Community Hero for The Cat 107.9 is six year old Ruby Butler. Ruby raised £120 for charity by selling her unused toys. Here is what Ruby’s mum, Aryan, had to say about Ruby’s fantastic achievement:

While having a tidy up of her playroom we decided we needed a little sort through of her toys. Ruby wanted to sell the ones she didn’t play with and wanted to donate the money raised to charity, so we set up a little garden toy sale, we asked for donations and set up a  hand wash station and gave the toys a clean.

Ruby did amazingly well, she raised £120 in total, which both myself and her dad were very proud of her for, as like any 6 year old Ruby is normally very reluctant to part with her toys. The money she raised was donated to the charity Mind. Ruby has also helped on a local sweet stall every Friday which has also been set up with money going to Mind charity.

“Ruby has really enjoyed helping to raise money for charity and I feel this is something she would like to continue to do.

I want to say a big well done to Ruby and I hope she enjoys her special cake made by local baker Gill Clark at Baked by Gill. I'll be continuing to highlight the award but if you know of any other stories please let me know.

I would like to remind all businesses that weren’t eligible for the existing grants to gather any information they feel will be useful, this could be evidence of continued costs as well as evidence of a drop of income and apply as soon as possible to phase two of Cheshire East’s new discretionary grant scheme. Applications will only be open for one more week but it is vital you put your application in now as it is being run on a first come first served basis should the funds run out.

This grant, which was announced earlier this month, has be put in place to allow local authorities to support certain small businesses that were previously outside the scope of the business grant fund scheme and the first phase of the discretionary scheme. This second phase is opened up to a wider range of businesses. Applications can be made via https://www.cheshireeast.gov.uk/business/business_information/coronavirus-local-discretionary-grant-scheme.aspx

Following the successful Pitch Preparation Fund, which is helping prepare nearly 10,000 pitches across the country, the Football Foundation is now offering £2.19 million in grants to help small local clubs to get their buildings match ready in anticipation of the return of the sport. It is open to grassroots football clubs and organisations across England that own their facilities or have at least 12 months’ security of tenure. Clubs can find out more, and apply for this grant via the link by the 19th July: 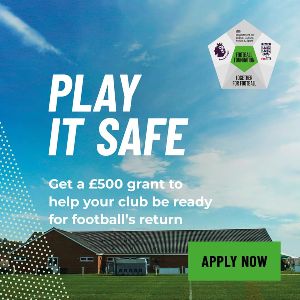 Beechmere: My article on fire safety

Following the terrible fire at Beechmere I have been researching problems with timber framed buildings. I worked on this before becoming an MP and now I am in Parliament I am trying to raise the profile of this issue. This week I wrote an article on the use of timber frame in constructing residential properties for The House Magazine.

I’ll continue to support toughening the safety requirements around timber frame buildings and opening up a discussion about safer alternative building materials. Sustainability in construction, while important, should never be put before the safety of residents.

The full article can be read here: https://www.politicshome.com/thehouse/article/sustainability-in-construction-should-never-be-put-before-the-safety-of-residents

Supporting Dualling the A500: Meeting with Roads Minister:

I have met with the Roads Minister, Barronesse Vere, to push for the dualling of the A500 leading in the constituency. In the meeting I urged the government Minister to act swiftly and support Cheshire East’s plans for the widening of the key road leading into Crewe & Nantwich.

The section of the A500 between Meremoor Moss Roundabout and M6 Junction 16 is currently of a single carriageway standard and experiences congestion in peak periods. Dualling is proposed for this section to enable future development across the region and to support major investment opportunities, including High Speed Two and the Crewe Hub.  Several key Local Plan sites are also located within close proximity to the scheme including Basford East/West, the South Cheshire Growth Village, the Radway Green Extension and also White Moss Quarry in Alsager.

I have previously written to the Secretary of State for Transport to call for central government funding for the A500 Dualling Scheme and voiced his support for Cheshire East’s funding application. Dualling the A500 is a key part of improving access to Crewe & Nantwich for business and preparing the area for HS2. It will also help reduce the traffic jams during rush hour so help people get home to their families quicker in the evening. I fully support Cheshire East’s application for the dualling of the A500 and I will continue to make a case for it with Government. 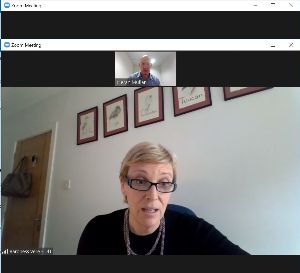 The National Crime Agency have successfully carried out the largest ever law enforcement operation in UK history. 2 Tonnes of drugs and dozens of guns have been successfully taken off our street. Well done to all involved. You can read more about it here: 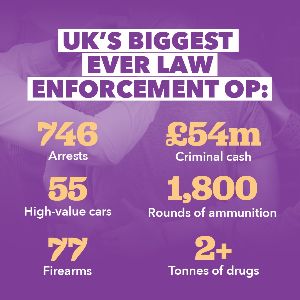 On Sunday 5 July 2020 our NHS turns 72 whilst facing the greatest test in its existence. In recent months we’ve seen the NHS step up like never before to change the way its delivering services to people and coping with the Covid-19 outbreak. I think it’s important to highlight the commitment shown by our NHS and care staff who have been determined to not let our NHS become overwhelmed. Everyone has had a part to play, from those staying at home to the families of key workers. At 5pm on Sunday there will be a special applause for our NHS.

On Saturday 4 July, the day before the birthday, will be a moment of remembrance and reflection for those we have lost during the pandemic. This is a chance for the nation to come together and pay our respects. As part of this collective memorial, and as a mark of respect and tribute to NHS staff, key workers and everyone who has played their part during the pandemic, iconic landmarks including the London Eye, Royal Albert Hall, Blackpool Tower and Wembley Arch will be illuminated in blue. 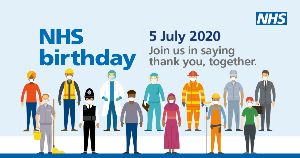