This week I have been talking in Parliament about help for people to find new jobs with the difficult news about Bentley in mind. I also spoke in two debates about the NHS speaking up for improved working conditions for NHS staff and thanking Leighton staff for the welcome they gave me. MPs also thanked everyone for the support they give to the NHS. 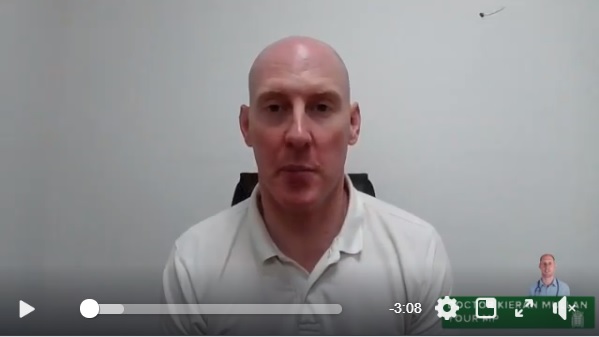 CLICK TO WATCH VIDEO OF KIERAN SPEAKING IN PARLIAMENT THIS WEEK

It was Armed Forces Week this week so I also met up to mark the occasion with other MPs who have served in the Armed Forces. There were more than a dozen of them there and they have served our country all over the world.

Other updates below on the latest rule changes! Enjoy your weekend. 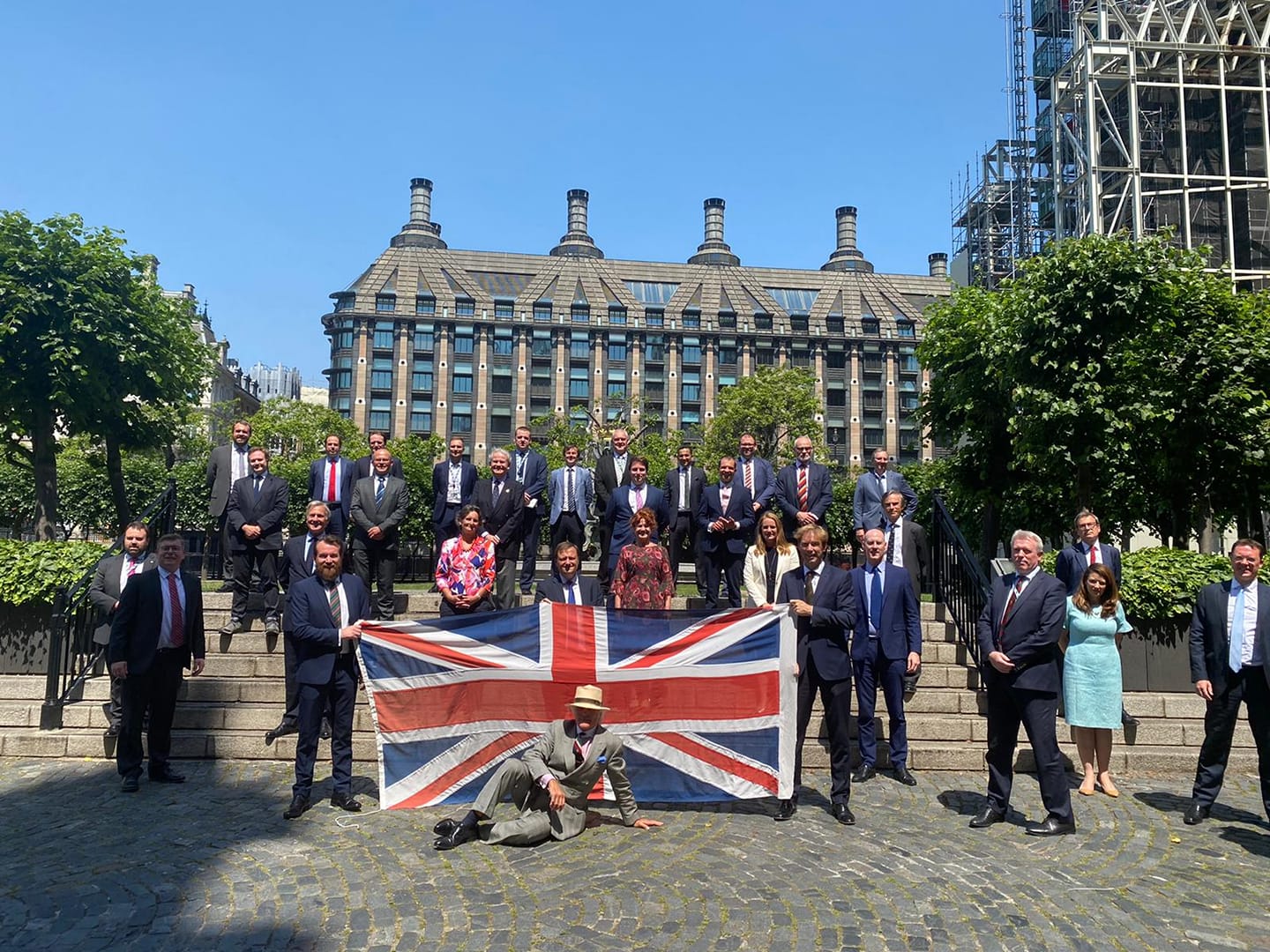 Update on the Barony

I have been contacted by many residents concerned about the return of illegal encampments on Barony Park again this week. Even though I know it feels that way, we are further forward than we were last summer and the many summers before where essentially nothing was being done. Nonetheless always be confident to report individual incidents of anti-social behaviour or children on the play area.

Similarly after months and months of trying to persuade the Council to get an injunction they are now going to get one and are just waiting for the Courts to give them a hearing date. But again, I understand why people won't feel there is progress until Cheshire East are in Court getting the injunction.

All I can ask for is your patience for a little longer. We are almost there! We will get there. I am confident this will be the last summer like this and that this summer itself we will see results. I will just keep on Cheshire East's back as much as I can.

In the meantime, you can sign up to my dedicated Barony Park mailing list to get up to date information on this issue via this link: http://eepurl.com/gvCTz1

This week’s Community Hero for The Cat 107.9 is Georgina Greenhalgh. Georgina has raised over £3,000 for various charities including St Paul’s food bank, Haslington Neighbours charity and the Haslington Covid-19 group.  Having been furloughed from her job she sat at her sewing machine and began churning out cloth facemasks and selling them for a small donation to raise money for local charities.

Her initial target was a few hundred pounds but she is astonished by the current amount of £3,000 raised so far and that continues to rise. Georgina has been overwhelmed by the support and generosity of so many people, some of which have sent in orders for the facemasks from as far away as Surrey and Liverpool.

Speaking on-air to Gary Johnson on Monday morning, Georgina wanted to say a big thank you to all the people who are helping and doing their part in these troubled times. Georgina, later this week, will be receiving a certificate along with Cat 107.9FM goodies and a beautiful cake bake by local baker Baked By Gill.  I want to give my thanks to Georgina for all her efforts and also to those who have been supporting her cause. I will be continuing to promote this award in my newsletters. If you know of any other stories like Georgina please let me know as I’d like to give them a special mention.

On Tuesday the Prime Minister, Boris Johnson, has set out further changes to lockdown measures in England that will enable people to see more of their friends and family, help businesses get back on their feet and get people back in their jobs. We know we cannot rule out having to introduce tighter local lock downs in future as we have seen in Germany and other countries. But where we can safely move forward, we should. It isn't a "U-turn" or a failure if that happens. It is just part and parcel of living with corona virus.

Assuming we continue maintaining what we have achieved in reducing the spread of the virus, the Prime Minister has announced that, from Saturday 4th July:

Each of these places will operate with new rules and approaches so patience and consideration will be needed!

Some leisure facilities and tourist attractions may also reopen, if they can do so safely – this includes:

Following a review, guidance will allow people to keep a social distance of 1 metre.

This means staying one metre apart, plus mitigations which reduce the risk of transmission.

It’s important that we do not increase the risk of transmission which is why “close proximity” venues such as nightclubs, soft-play areas, indoor gyms, swimming pools, water parks, bowling alleys and spas will need to remain closed for now.

From Monday 6 July, those shielding from coronavirus can gather in groups of up to 6 people outdoors, including those outside of their household, while maintaining social distancing. Those who are shielding and live alone or are single parents with children can form a ‘support bubble’ with another household.

From Saturday 1 August, the guidance will then be relaxed so clinically extremely vulnerable people will no longer be advised to shield, but support will remain available from NHS volunteers and local councils. People will retain their priority for supermarket delivery slots, and still be able to access help with shopping, medication, phone calls and transport to medical appointments. In addition, those who need to work and cannot do so from home will be able to return to work as long as their workplace is COVID secure, adhering to the guidance available.

The Government has prioritised the safety of vulnerable people, and after months of hardship, these measures will allow them to regain some normality to their daily lives – as long as we all continue to stay alert and minimise the risk of infection.

On 2 May the Government announced a new discretionary grant for small businesses that didn’t fit the criteria for the existing grant schemes. Cheshire East previously rolled out their criteria for the first phase of this grant. Phase 2 will be accepting applications from 8am on 26 June. This second phase is opened up to a wider range of businesses.

Applications can be made via https://www.cheshireeast.gov.uk/business/business_information/coronavirus-local-discretionary-grant-scheme.aspx

I would encourage all businesses that weren’t eligible for the existing grants to gather any information they feel will be useful, this could be evidence of continued costs as well as evidence of a drop of income and apply as soon as possible as I anticipate a high level of applications with a limited amount of funds to award. The full criteria can be found at https://www.cheshireeast.gov.uk/pdf/covid-19/discretionary-grant-policy-phase-2.pdf 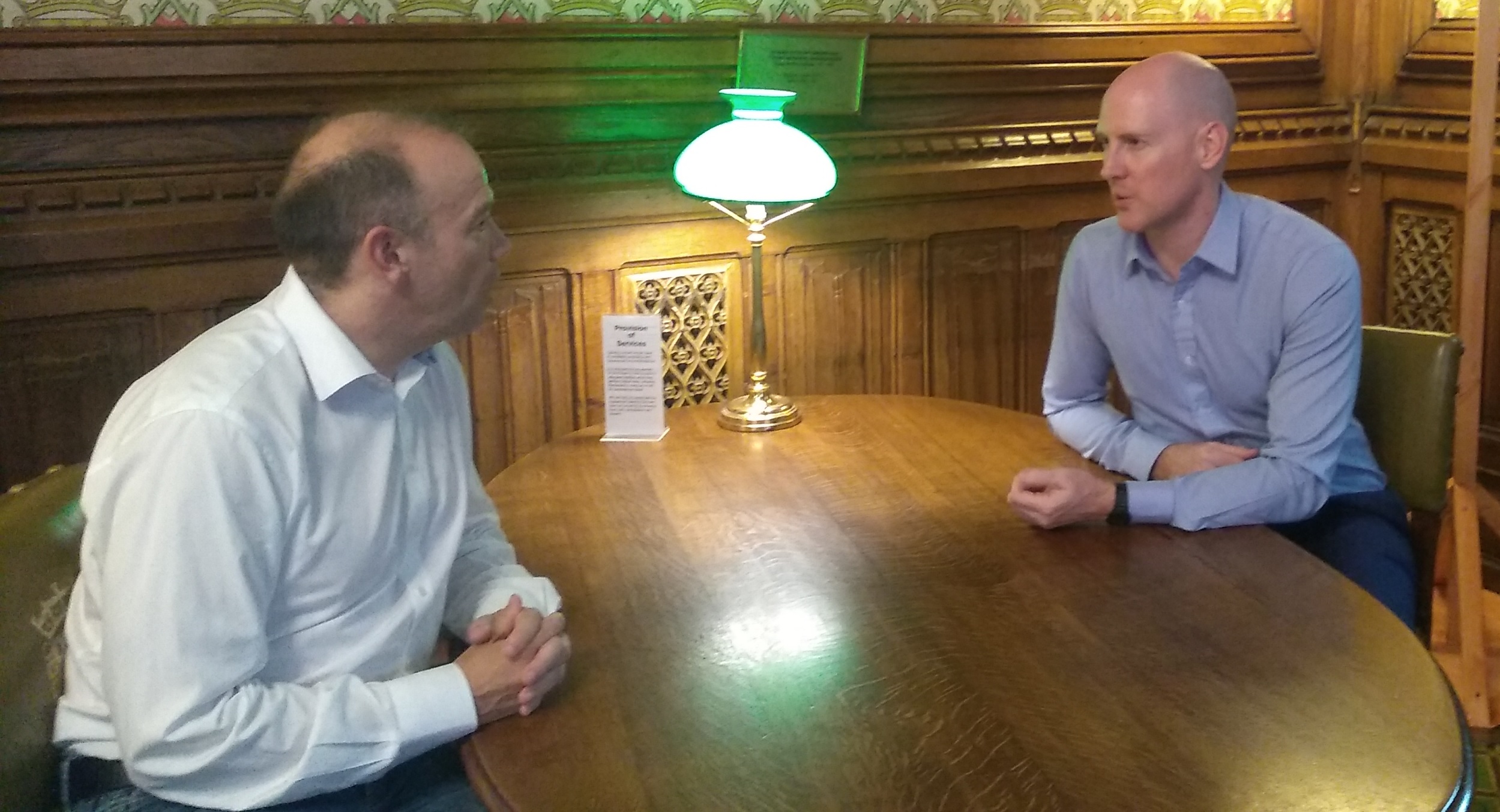 I had a socially distanced meeting this week with the Rail Minister Chris Heaton Harris MP to push for changes to the rules on how rail companies pay bills to government. I voiced my support for a proposal by Bombardier and others to introduce temporary changes in the payments to support increased investment during the current crisis.

With the challenges we face with the economy I will always do what I can do back businesses locally to encourage investment and jobs. Bombardier is a key local employer that wants to continue to invest in its Crewe site. Their ideas for reform were a sensible way to free up cash for them to spend without any cost to the taxpayers. I pushed the Minister to back their ideas and I am optimistic their proposals will be looked at positively. Whilst we have had difficult news from other employers in the town, I want to help create opportunities wherever I can.

I am due to meet with the jobs minister as well to see what more can be done for Bentley staff facing redundancy. Creating additional jobs locally is one way we can tackle this.

On Thursday I spoke in the Chamber in the petitions debate on raising the pay of NHS staff. In my speech I outlined the necessity for the House to look into ways to ensure NHS staff are able to have a work-life balance and the importance of the Government

NHS staff, in the coming years will see improvements in their pay. Junior doctor’s pay scales increased by at least 8% by 2023 and nurses will increase between 6.5-9% by next year. The pensions are also one of the most generous, with members receiving £3-6 for every £1 contributed.

I acknowledged that pay is never an easy matter for the Government, and we do not know what the underlying finances will be in the coming years, however I believe we should recognise the important role healthcare can have in stimulating the economy, creating jobs, and innovation. I want this Government to do everything it can to reward and recognise the contribution NHS and social care staff make.

It is vital that we do not ignore the other pressing matter in this are such as the broader issues of recruitment, retention, and NHS staff having a work-life balance.

In Crewe and Nantwich, we have recently had the difficult news that Bentley, a large local employer, will have to make up to 1,000 redundancies. In the Chamber, I asked the Leader of the House whether the Government could have a debate on how best the Government can prepare people who lose their job to find new skills and new opportunities in our economy. The Leader of the House agreed that it was necessary for the Government to look into how things will need to evolve and how the economy will need to change fundamentally.

This week I also met with the Minister for Employment, Mims Davies MP. I discussed with the Minister the need to ensure everything possible is done to promote opportunities for people being made redundant for Bentley. The Minister listened carefully to the concerns and wants to make sure the local job centre and specialist teams are doing everything they can to help.

On Wednesday I spoke in the opposition debate on NHS and social care staff testing.

I began by thanking all of the wonderful staff at Leighton Hospital who welcomed me back during the pandemic and thanked all the frontline care staff who continue to work tirelessly during this challenging time.

The focus of my speech was the sensibility of implementing a weekly testing system for all NHS and social care staff. It should be made very clear that the Secretary of State for Health cannot simply snap his fingers and instigate a flawless testing regime across the UK in health and social care. The opposition forget the immense difficulty of instituting national approaches uniformly in the NHS.

Setting up a weekly testing system should only be done if there is clear evidence for its benefits over other approaches and the BMA and many other organisations have said the same thing. The main focus should be testing the staff at risk and this may lead to testing some staff more than once a week. Setting up a mandatory weekly test would most likely place more strain on the NHS, at a time that we cannot afford to do so.