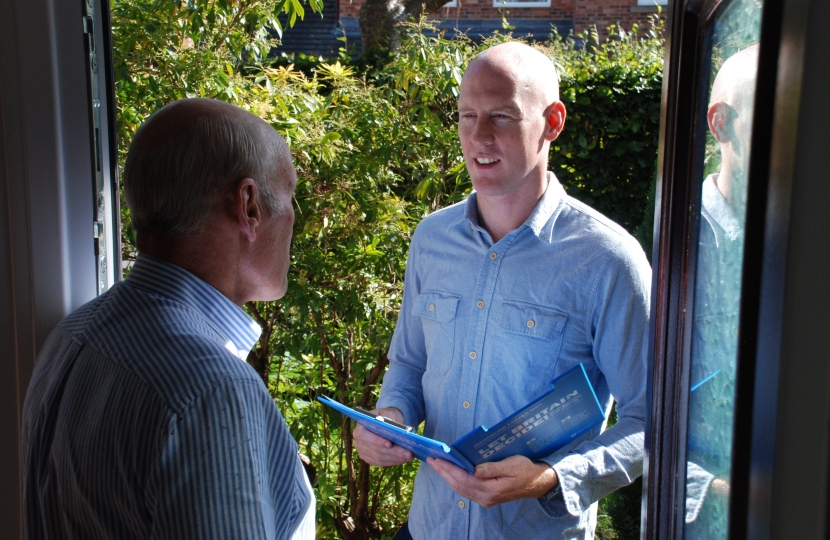 My first week as the MP candidate for Crewe & Nantwich was a busy one!

On the first I visited Wybunbury Delves School with the Education Secretary Damian Hinds. We got the chance to speak to staff and pupils and I told the Minister that we needed to improve our schools funding to ensure local school children are getting the best possible chance. It was helpful for me to hearing about the specific challenges schools in less densely populated areas are facing in terms of smaller class sizes.

We also visited the Crewe YMCA to see the fantastic work they do support the fight against homelessness. It was good to see first hand the excellent facilities that the Council has helped to provide. My key takeaway from this visit was reinforcing what I have learnt as an A&E Doctor-that people suffering from homelessness are usually battling a wide range of physical and mental health problems. The ethos of the centre was one of mutual respect and fairness and the service users they work with seemed to respond very positively to this.

Over the weekend I was delighted to be a guest at the Royal British Legion concert to mark 100 years since the end of World War I at the Nantwich Civic Hall. There was music from Band and Drums of the Cheshire Constabulary and the Jedburgh Royal British Legion Bagpipe and Drum Band. Hearing amazing grace played by bagpipes was pretty amazing!

A couple of other highlights of the week were taking part in a litter pick on Leighton Greenway and meeting local Councillors and the Council Leader.

I am keen to lead by example in terms of encouraging people to make a positive contribution to their local area. A litter pick is a simple but effective way of doing that. And working with local Councillors is really important to me. I joined local Councillors Margaret Simon and Jacquie Weatherill in Wistaton alongside Council Leader Rachel Bailey listening to residents concerns.

Throughout the week I spent several hours out on the doorstep speaking to voters and the two commonest issues raised with me were ones related to housing and development and Brexit. I voted for Leave in the referendum so it is really important to me that we deliver on this.